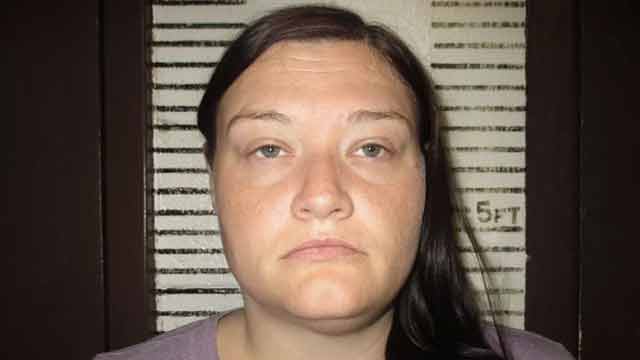 An Oklahoma mother is facing charges after she shot a 31-year-old man she found in her 16-year-old daughter’s bedroom early Monday morning.

The Garvin County Sheriff’s Office said they received two 911 calls at 7:20 a.m., one from the mother, Valerie Fowler, 34, who told the 911 dispatcher she just shot a man that was in her home in Paoli.

When police arrived on the scene, they found the man suffering from a gunshot wound to “an extremity.” The man, whose name has not been released, was airlifted to an Oklahoma City hospital where his injuries were determined to be non-life threatening.

According to an affidavit obtained by local media, the 16-year-old told police the man would come over to her house at least three times a week after her mother went to work. While the preceding details aren’t known at this point, on Monday morning Fowler kicked in the door to her daughter’s bedroom and found the man with her teen daughter. The daughter told police they were in her bed “kissing” when her mother entered the room.

Fowler fired the first shot as the man was trying to get out of the teen’s bed. The second shot was fired as the man was running down the hallway toward the front door. Both bullets struck the man, who later told authorities the teen was his girlfriend.

When police arrived on the scene, the man was on the front porch of the residence.

Authorities later obtained a search warrant and, after recovering the gun used to shoot the man, Fowler was arrested for assault and battery with a deadly weapon.

A young child, who was also present at the time of the shooting, was not injured.