Ohio man arrested with what agents contend are 199 illegal silencers 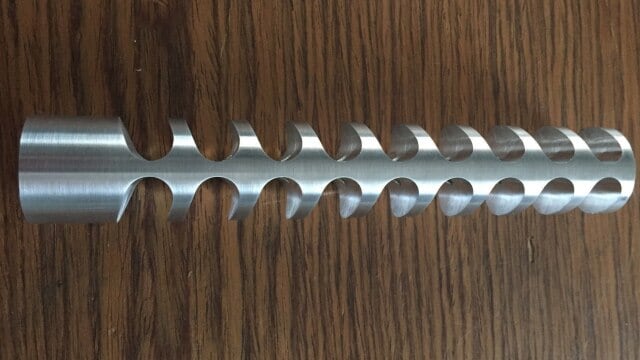 A machinist on probation for making illegal firearms suppressors without a license was arrested earlier this month after his probation officer found he might be back in production.

Brent See, of Columbiana, Ohio, was arrested on Aug. 12 after federal authorities discovered evidence that suggested he had been selling silencers, an action he had been accused of doing two years ago that led to a plea deal that prohibited him from possessing firearms and similar items.

Michael Tobin, a spokesman for the U.S. Attorney’s Office for Northern Ohio, advised Guns.com in an email last Thursday that See had been detained pending a future hearing. “See’s probation officer visited his home in June (and) saw what were later determined to be three silencers. This lead to a search warrant being executed on See’s residence and place of business, where agents found what they believe to be 196 silencers,” Tobin said.

Local media reported See had allegedly sold the devices on the website eBay. See’s shop, See n See Machine in East Palestine, Ohio, had photos of threaded barrels, muzzle couplers and other firearms milling projects but no images of references to producing suppressors themselves.

The Firearm Blog on Tuesday posted an article referencing See’s case and linking it to See’s eBay account offering muzzle brakes that are billed as changing “tone” and “pitch.” The site points out the brake appears to mimic a single baffle suppressor internal, noting: “The seller could have privately advertised that this part would work as a monocore baffle stack, complete with barrel threads and bore. Remember, manufacturing any silencer parts requires a federal firearms manufacturing license.”

The eBay account cited by TFB has 91 positive feedbacks listed following interactions that involved the sale of items all listed as a “1/2×28 Pitch Recoil Reducer” in the past year with prices ranging from $25-$95. In addition to this, a seller listed as See N See Tool Machine in Rogers, Ohio, seven miles from East Palestine, had what they described as “1/2×28 Pitch Recoil Reducer” muzzle brake “blanks” for sale for $22 and the finished version with the same images and wording as the auctions referred to in by TFB for $65, with 106 listed as being sold.

Neither account has posted an active auction since Aug. 9, three days before See’s arrest. The last auctions are listed as being “ended by the seller because the item is no longer available.”

According to a records search by Guns.com, See was charged in 2014 with manufacturing and dealing in suppressors without the proper registration under the National Firearms Act. Court documents show that See on three occasions attempted to sell parts over the Internet designed to assemble silencers to undercover federal agents posing as customers.

In pretrial diversion, See, a professional machinist by trade without a criminal record, entered into a plea agreement granted by the court in December 2014 that resulted in six months house arrest, five years of supervised release and a $300 assessment.

See is scheduled for a hearing to revoke his supervised release on Sept. 28 before U.S. District Judge John R. Adams, who passed sentence on the machinist in his original 2014 conviction.