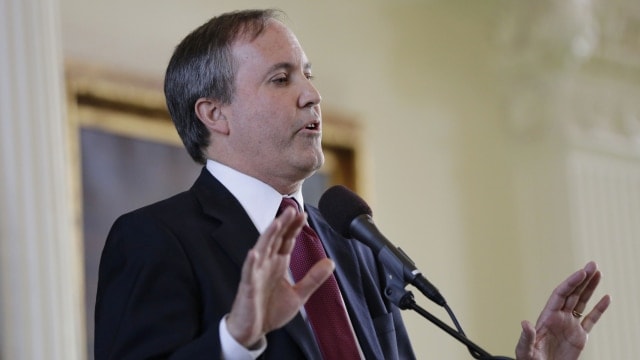 Texas Attorney General Ken Paxton says, “a local government cannot be allowed to flout Texas’s licensed carry laws” because it may not agree with it. (Photo: Dallas Morning News)

Texas Attorney General Ken Paxton, keeping his promise to enforce state law, filed suit Monday against Waller County over its ban of firearms inside its courthouse.

State law permits local authorities to ban guns from government buildings like courts and court offices, but the lawsuit argues the exemption does not apply to the Waller County courthouse because it also has non-judicial county offices. The 62-page complaint, filed in Travis County District Court, names Waller County’s commissioners, the local judge and county clerk in their official capacities as defendants.

Paxton argues state law is clear. “A local government cannot be allowed to flout Texas’s licensed carry laws, or any state law, simply because it disagrees with the law or doesn’t feel like honoring it,” he said in a statement. “I will vigilantly protect and preserve the Second Amendment rights of Texans.”

The case ties in to another challenging the county court’s gun free zone status. In May, a gun rights advocate sent Waller County officials a registered letter arguing the “no guns” signs posted were illegal under Texas law and asked them to remove the signs within three days. The county responded by suing the advocate on July 6, holding the law is on the county’s side and asking a state court for a judgement against the advocate that could top $100,000 in damages. Paxton weighed in on Aug. 10, siding with the advocate, and warned the signs violated state law. He promised enforcement if they were not removed within 15 days.

Paxton’s lawsuit also asks the court to apply the $1,500 per day civil fine allowed by state law to the county for every day moving forward, as well as court costs.

Waller County District Attorney Elton Mathis said he is eagerly awaiting to hear what the courts have to say about Paxton’s latest action. “We as a county have sought to have the law clarified by the courts (as it should be) to protect the rights and duties of all citizens and now the AG seeks to penalize another branch of government for not bowing to big government and his interpretation of the law,” Mathis told the Texas Tribune.

“We respect the laws as written by the Legislature, and ultimately we will respect the court system and the judges that were elected to make these decisions without the influence of politics and special interest groups,” he said.

Paxton’s office has been busy with litigation over carry rights in Texas, filing suit against the City of Austin in July over gun free zones in city offices there while simultaneously asking a federal court to throw out a challenge by three University of Texas professors over campus carry as being “frivolous.”