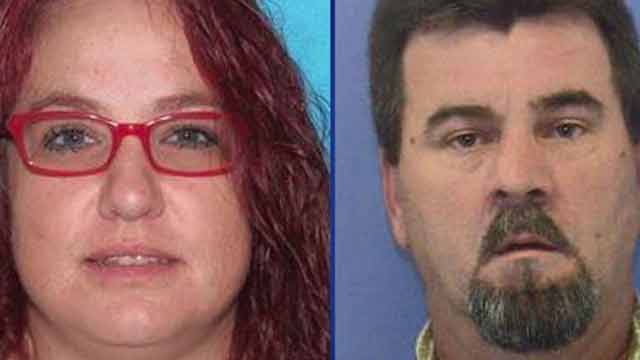 Tierne Ewing’s family said the abuse had gone on for years and she was desperately trying to get away from Kevin when he killed her. (Photo: Pennsylvania State Police)

A 48-year-old woman is dead after her estranged husband hunted her down, abducted her and killed her, just as he previously promised he would do according to the woman’s family, who is furious the man was ever released on bail following a similar, violent incident less than two months ago.

Tierne Ewing, 48, was abducted at gunpoint by her estranged husband, Kevin Ewing, 47, from her Washington County home early Tuesday morning. The Pennsylvania State Police issued a Missing Endangered Person Advisory, but it was canceled some time later after Teirne’s body was discovered in a barn in West Finley, several miles from her home.

Authorities determined Tierne died as a result of an apparent gunshot wound, and Kevin was found beside her suffering from a self-inflicted gunshot wound as well. He was taken to the hospital, but succumbed to his injuries, according to reports from the Associated Press.

At the time of Tierne’s death, Kevin was out of jail on bond following a similar, violent encounter. Police say on June 26, Kevin kidnapped Tierne and held her against her will for two weeks. During that time, Tierne said she was beaten and pistol-whipped. Kevin spit on her while she was being held captive, bound her hands with wire, wrapped cord around her neck, and kept her in a closet. Additionally, he branded the woman on her legs with a piece of hot metal.

The nightmare came to an end–at least temporarily–when Kevin sent Tierne into a credit union to collect cash. Tierne informed the teller she was being held against her will and fearing for her life. The teller contacted the police, who swiftly arrived on the scene.

Kevin was found sitting in his truck outside of the bank. In his possession were two loaded guns. He was apprehended and charged with kidnapping, aggravated assault, carrying a gun without a license, terroristic threats, unlawful restraint, false imprisonment and reckless endangerment.

Authorities found Tierne inside the bank. She had barricaded herself in an interior room of the business and was fearfully telling officers, “I don’t want to die.” Officers noted the woman was suffering from significant bruising, deep cuts to her throat and a concussion.

After his arrest, Kevin’s bond was set at $100,000, despite arguments from prosecutors asking it be higher. Prosecutors said the severity of his crimes warranted a higher bond, but Judge Gary Gilman disagreed.

Kevin was released from jail on July 11 after posting bail and was required to wear an ankle monitor. However, the monitor was not equipped with GPS and only alerted authorities if he left his home.

But on Tuesday, Kevin simply cut the monitor from his ankle before he left his home and once again abducted Tierne. Only this time, instead of just torturing her, Kevin successfully murdered her. The woman’s family said he never should have been released from jail.