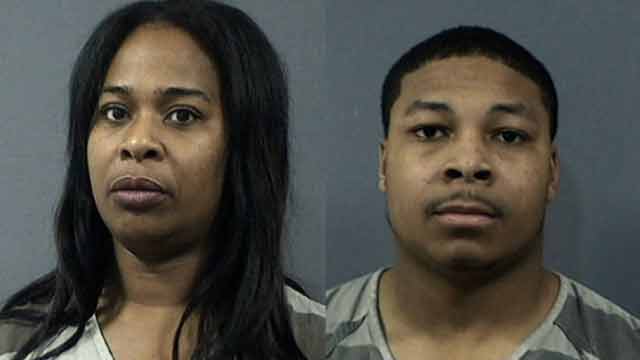 A Monroe County, Michigan, mother and her adult son were arrested after they attempted to pay a man to carry out a hit on three people.

The informant told police that, while serving jail time together, Jontele Goodwin, 26, approached him about killing the individuals who Goodwin believed was responsible for his drug-related incarceration. Goodwin went on to give the man his mother’s contact information, noting that she would set everything up for him.

The informant then contacted Lakeisha Goodwin, 43, who reiterated the murder for hire plot, and a conversation between Jontele and the informant with further details about the hits was recorded. Furthermore, Lakeisha gave the informant narcotics as a down payment and even offered to drive the man to the airport after the hits were carried out.

The mother and son are both charged with solicitation to commit murder and witness intimidation and face up to life in prison.