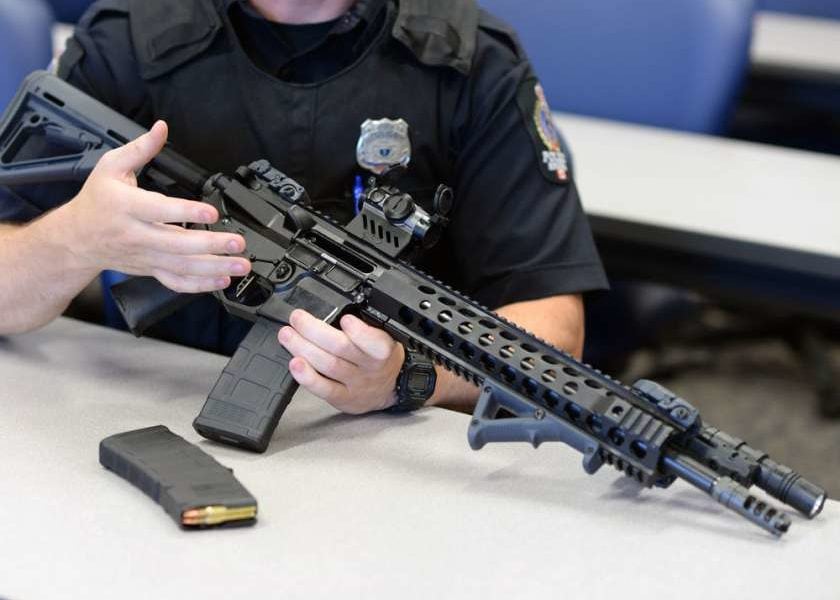 Canadian police are integrating the controversial AR-15 into the hands of patrol officers as firearm related crimes more than triple in some provinces.

According to several Canadian news outlets, the cities of Winnipeg, Regina and Toronto steadily added the carbine to their arsenal for use in high risk vehicle stops and home entries this year.

“We’re seeing stuff we haven’t seen before,” Sgt. Derek Lamer told the Regina Leader-Post. “We’ve gone to gun calls and (the criminals) have SKS assault rifles … the same kinds of guns that we’re carrying and training with right now, they have them here.”

More Canadians are using firearms, with figures showing a 22 percent jump in firearms related offenses between 2014 and 2015. In Regina, firearm offenses more than tripled this year. From January to July, the city saw 33 firearm incidents as compared to only nine during the same time period the year before.

“You name it, they’ve got it here in Regina,” he commented.

As a result, Regina patrol forces will now be outfitted with Colt Canada C8 carbines alongside their already issued Remington 870P pump-action shotguns.

In neighboring Weyburn, three short-barreled rifles from Daniel Defense are already on order, with another two set to hit the force next year.

Winnipeg’s police also added a set of carbines to their arsenal. The department purchased $200,000 worth of Daniel Defense rifles in April, but did not reveal how many or what type of firearm would be placed in patrol cars. Winnipeg data indicated only 34 shootings have occurred so far this year.

“If you see what’s happening in society right now, and you read the paper or see the news, every day there seems to be a shooting incident somewhere in the world, somewhere in the U.S. and in Canada,” Winnipeg Deputy Police Chief Art Standard told CBC News. “We have to be prepared to handle that, and part of the toolbox kit [is] these rifles.  They can do a job from a long distance if they have to.”

Not all Canadians are on board with the purchases, however. Critics are pushing back against the AR addition, citing budgetary and safety concerns.

“I would rather see the resources go towards helping to get at some of the root causes rather than ramping up weaponry for the police,” Shayna Stock, executive director of the Heritage Community Association in Regina told the Regina Leader-Post. “My guess is that it would make residents feel less safe.”

“When you look at what’s happened in the U.S., it creates a situation that almost makes it more unsafe for police,” she commented to the newspaper.

American police have used ARs to tackle complicated arrests and criminals since the 1980s; however the famed rifle was integrated heavily into American forces after a 1997 gun battle with armed robbers in Los Angeles left 18 people injured and two dead. The shooting demonstrated the need for more police firepower. In the 19 years since that gunfight, officers across the United States have adopted the lightweight, modular and intuitive design of the AR into everyday policing.

“In the 21st century, police are increasingly facing the threat of confrontation with criminals and terrorists who are equipped with high-powered assault rifles,” Carleton University criminologist Darryl T. Davies told CBC News. “Pistols and shotguns are antiquated weapons that are no match for an assault rifle.”

Canadian patrols seeking to use a carbine must undergo training and receive approval by their department before being issued a rifle. Aside from traditional accuracy skills, officers must also attend classes on tactics aimed at containing threats and engaging from a distance.

Regina Constable Rick Bosche told the Regina Leader-Post the addition of the AR and the training that accompanies the rifle is aimed at keeping officers safer in the field.

“Where the carbine fits best is to be able to position our officers further from harm, but still close enough to remain effective and do their job,” he said. “The carbine does fill a gap as far as capabilities and accuracy at a greater distance.”