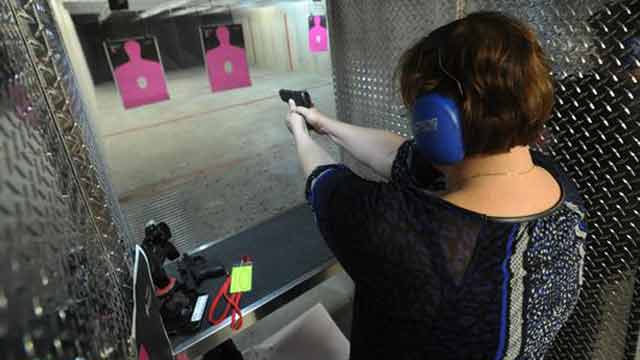 The majority of women cite self-defense as a reason for gun ownership. (Photo: Joe Vitti/IndyStar)

Over the last four years, Indiana has seen an influx of residents obtaining a license to carry a concealed firearm, with women making up the overwhelming majority of new CCL-holders.

Indiana state law does not require residents to register their firearms, nor does it require any licensing for the purchase of either long arms or handguns. However, if residents wish to legally carry a concealed handgun, a license to carry is required.

According to state police data gathered by the IndyStar, the number of licensed carriers has increased nearly 50 percent since 2012. And the number of licenses issued this year has put the Hoosier State well on track to “substantially” surpass last year’s records. In fact, during the first three months of 2016, over 50,000 concealed carry licenses were issued, more than half of the number for the entire previous year.

Additionally, the data indicates women are more active than ever in purchasing firearms and obtaining carry permits. By the third month of 2016, there were over 174,000 female gun owners in the state who have a valid license to carry a firearm, a nearly 90 percent increase from 2012, when female permit holders hovered around 92,000.

The numbers reflect similar numbers seen in other areas of the country as well, indicating that – despite arguments from some gun control proponents – women, although still only a small portion of overall gun owners, remain the fastest growing demographic in the gun industry.

Local officials told the Indiana-based newspaper that gun sales and applications for carry permits always see a surge following high-profile mass shootings like the December 2012 shooting at Sandy Hook Elementary School and the more recent shooting at an Orlando nightclub that left 49 dead and over 50 wounded when a gunman opened fire in the crowded venue in June. 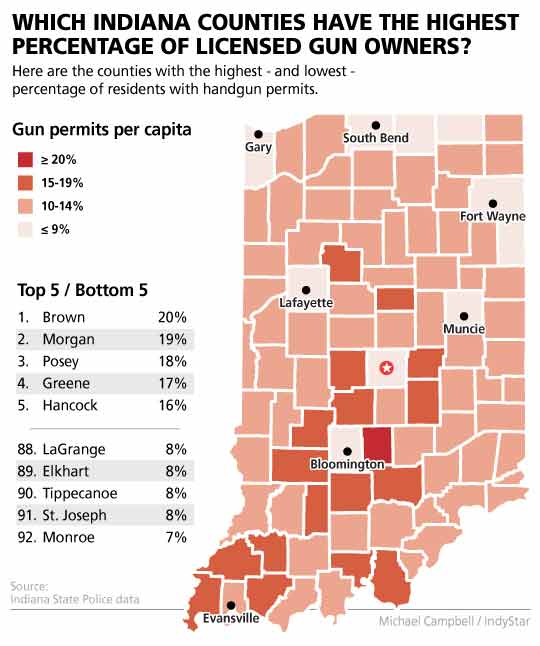 After these types of events, there is always a push for greater gun control, and according to Indiana State Police Capt. Dave Bursten.

“Anytime there is an issue in the news where politicians are talking about limiting people’s right to bear arms, that proportionally usually results in an increase in people buying licenses to carry,” Bursten said.

Likewise, the number of permits issued throughout Indiana vary greatly throughout each county, with the larger numbers of gun carriers focused in the more rural areas, while more urban areas and college towns see fewer legally licensed gun owners.

Morgan County Sheriff Robert Downey said there are several likely factors contributing to these numbers. He believes residents in rural counties tend to be more conservative, with a greater sense of support for Second Amendment rights. Furthermore, while crime rates tend to be lower in these areas, Downey acknowledged that even in a worst-case scenario, law enforcement may still be 15 to 20 minutes away, leaving citizens to rely on no one but themselves for self-protection in such cases.