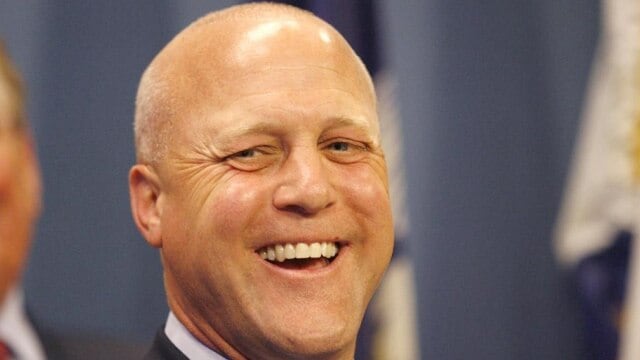 Citing a “moral obligation to do everything in our power to fight back and halt the stream of guns getting in the wrong hands and increasing the penalties when they are used negligently,” the proposal was unveiled in April by Landrieu. Under its guidelines, the Crescent City would see mandatory reporting of lost or stolen guns and deem city parks “gun free zones.”

The measure passed the Criminal Justice Committee in a 4-0 vote last week, heading to the full seven-member council for likely final approval.

“We are well aware this is not a silver bullet or a panacea. There is no magic wand that will cure these ills with a single stroke,” said Councilman Jason Williams, one of the original sponsors of the legislation, as reported by the New Orleans Advocate. “This keeps guns away from young people and out of the hands of people that will do bad things.”

The proposed ordinance would mandate that guns lost or stolen should be reported to the New Orleans Police Department within 48 hours. Failure to do so could lead to a $250 fine. City officials feel the law, which would be the first of its kind in Louisiana, would deter gun trafficking.

An investigation earlier this year by The Times-Picayune found more than 2,100 guns were reported stolen in New Orleans between 2012 and 2015, coupled with another 1,600 in unincorporated surrounding areas.

Next, the measure would make all of the 103 New Orleans Recreation Development Commission parks and facilities as well as areas where NORDC-sponsored events are taking place officially gun free zones under threat of a $500 fine or six months in jail. Exemptions are in place for law enforcement or those with a concealed carry permit.

Finally, the proposal would adopt a city ordinance against “negligent carrying of a concealed firearm,” even with a permit. State law already has guidelines for those who are carrying an otherwise legal concealed weapon if a law enforcement officer suspects they are under the influence of either alcohol or drugs, even allowing the officer to take temporary possession of the handgun until a test can be performed.

Some facets of the proposal — to establish city fines for carrying a gun without a serial number or being a convicted domestic abuser with a firearm — were trimmed from the ordinance this summer as they simply duplicated state and federal laws.

Taking guns off the streets as a cure to climbing murder rates is a go-to topic for the Crescent City’s leaders. Council members have sponsored gun buybacks in local communities while city officials have backed community events such as the CeaseFire Peace Festival in an effort to curb gun violence.  Landrieu, a Democrat and member of former New York Mayor Michael Bloomberg’s Mayors Against Illegal Guns, has repeatedly held up gun control, along with social fixes such as preventing teen pregnancy, as a way to abate New Orleans’ persistent ranking as one of the deadliest cities in the world.

“Mayor Landrieu’s attempt to expand ‘Firearm-free’ zones to include over 100 parks and recreation centers (New Orleans Recreation Development Commission campuses) across the city is clearly an unlawful restriction on law-abiding individual’s right to possess a firearm for self-defense,” reads an alert from the NRA’s Institute for Legislative Action. “This violation is made even more egregious by the fact that Mayor Landrieu admitted that prohibiting firearms in the locations would do little to deter criminals who were intent to commit crimes. Such laws, even if it were legal, simply disarm law-abiding gun owners and subject them to potential victimization.”

The proposal is expected to be voted on by the full council in coming weeks.