In July 1942 the German U-576 was dispatched off the North Carolina coast shortly after it torpedoed an Allied freighter. Now, NOAA has brought back images of her from over 700 feet below.

As noted by Uboat.net, Kptlt. Hans-Dieter Heinicke’s U-576 was a Type VIIC, the most common used by the German Navy in World War II. Over the course of five patrols she sank or damaged six ships, the last being the Nicaraguan-flagged freighter Bluefields off Cape Hatteras. Shortly after sending her last victim to Davy Jones, the armed merchantman Unicoi and two Navy Kingfisher aircraft from Scouting Squadron Nine dispatched Heinicke’s steel shark to the bottom. The two ships, the lost freighter and the stricken submarine, are but 240 yards apart on the ocean floor.

After 74 years on the bottom, NOAA has been using underwater robots and advanced remote sensing technology to map and photograph the wrecks.

“This discovery is the only known location in U.S. waters that contains archaeologically preserved remains of a convoy battle where both sides are so close together,” said Joe Hoyt, Monitor National Marine Sanctuary archaeologist and chief scientist for the expedition, in a statement. “By studying this site for the first time, we hope to learn more about the battle, as well as the natural habitats surrounding the shipwrecks.” 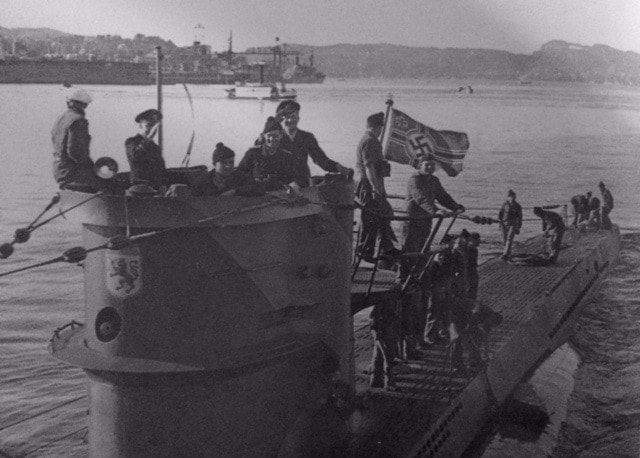 German U-boat U-576 and crew. “Submarine crews don’t have it easy earning their daily bread. It is the most uncomfortable and Spartan life, and the work is often very monotonous. But the sailor bears this with grim humor.” (Photo: Hunt in the Atlantic by H. Busch, courtesy of Ed Caram Collection, via NOAA) 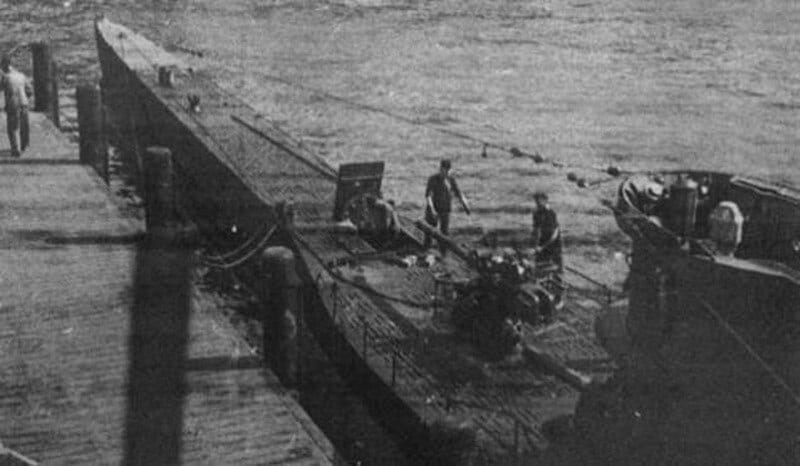 U-576 at the dock. “Rarely have we left port with this much confidence, and the full trust of our Admiral. This time there were no flowers decorating the boat; instead little Christmas trees adorned the bridge.” (Photo: On combat station! U-Boat engagement against England and America by R. Hardegen, courtesy of Ed Caram Collection, via NOAA) 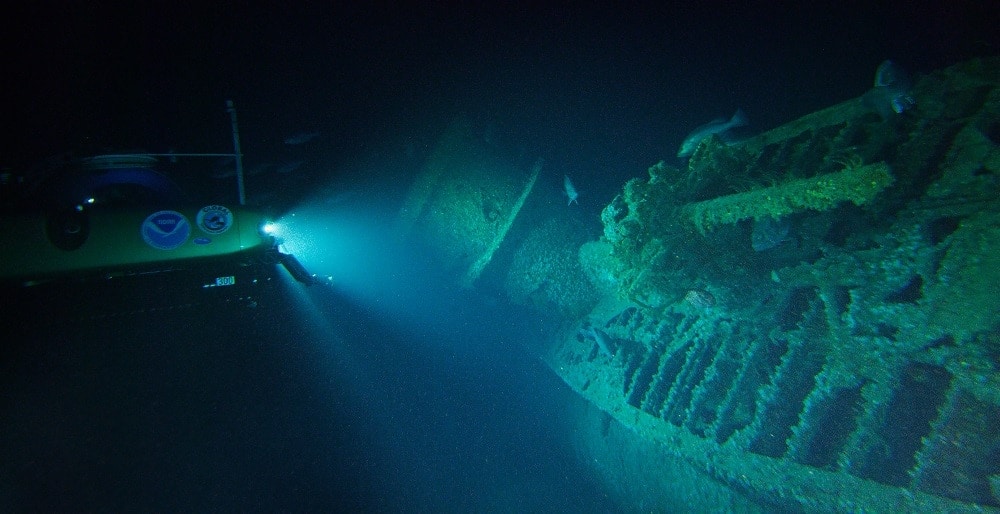 During the very first dive of the expedition, scientists located and explored the German U-576. This was the first time since the submarine was sunk on July 15, 1942, that anyone had laid eyes on the vessel. Here, Project Baseline’s Nemo submersible shines its lights on the U-boat lying on its starboard side, showing the submarine’s conning tower and the deck gun in the foreground. (Photo: NOAA) 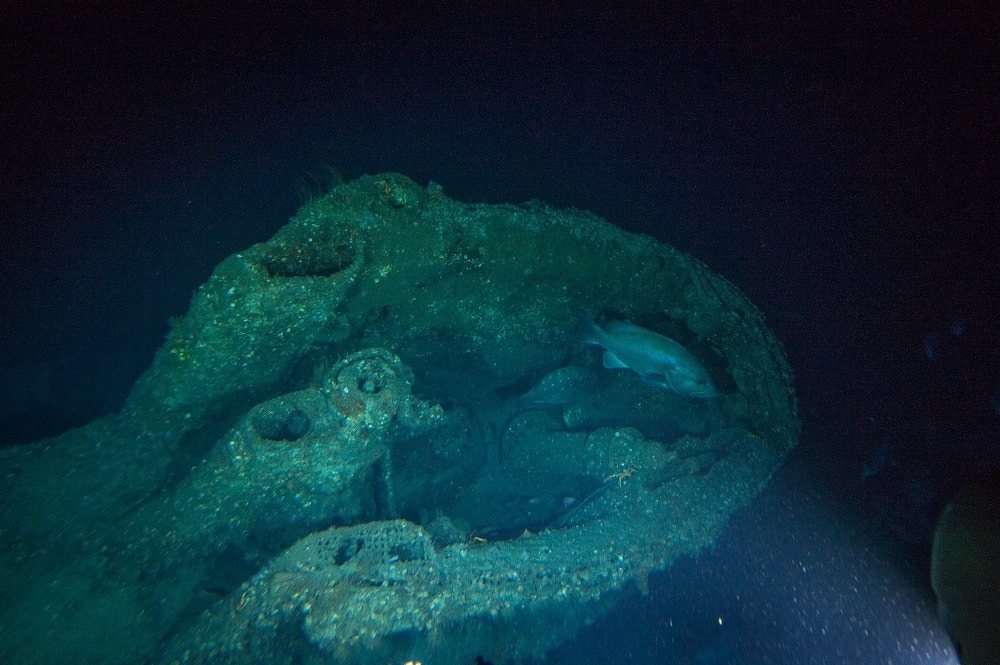 The conning tower of U-576 as viewed from the mini-sub. Entry was gained to the U-boat through a watertight hatch located in the center of the conning tower. The attack periscope can be seen in the near the back of the tower. (Photo: Joe Hoyt, NOAA – Battle of the Atlantic expedition.) 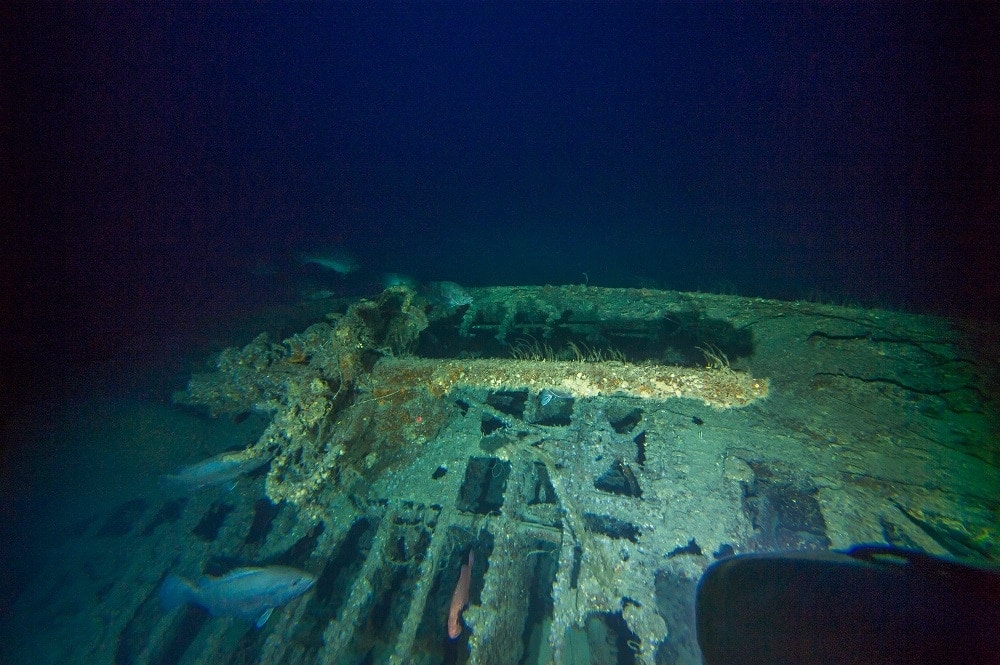 The 88mm deck gun of the U-576 was used for surface engagements and could fire a variety of shells from the watertight ready-ammunition locker which can be found forward of the gun on the port side. (Photo: Joe Hoyt, NOAA – Battle of the Atlantic expedition.) 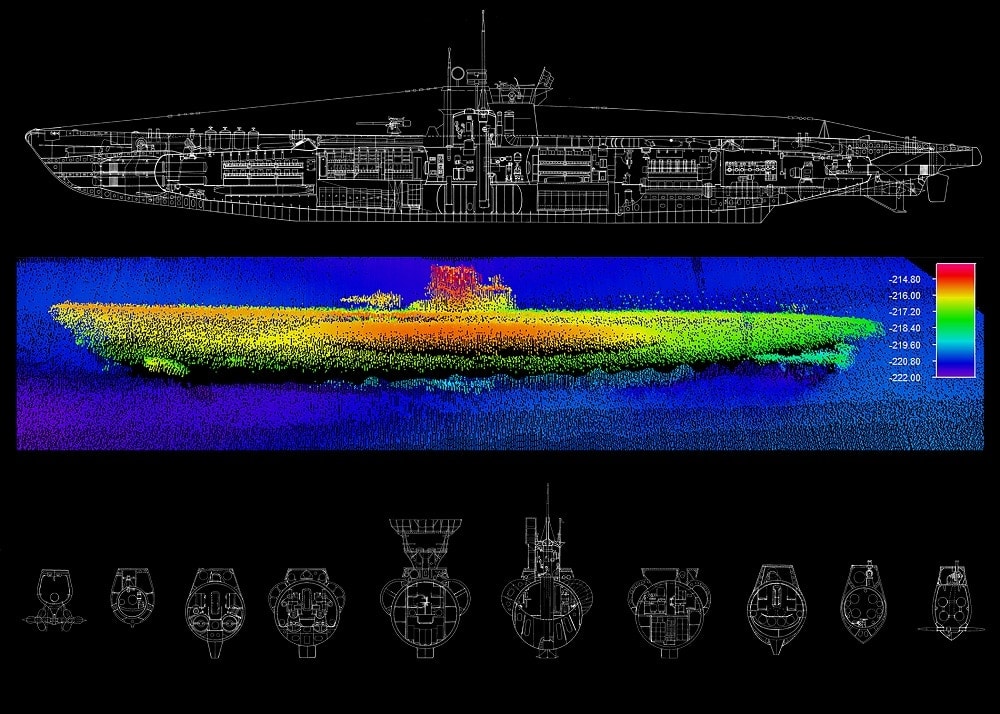 NOAA is working to expand the Monitor National Marine Sanctuary’s boundaries to increase the protections to the Bluefields, U-576 and other historic shipwrecks. Although the crew of Bluefields evacuated and did not suffer any casualties, the site is a war grave for the 45 crew of U-576.

NOAA has more images of the vessels here as well as the U-boat’s mission logs.