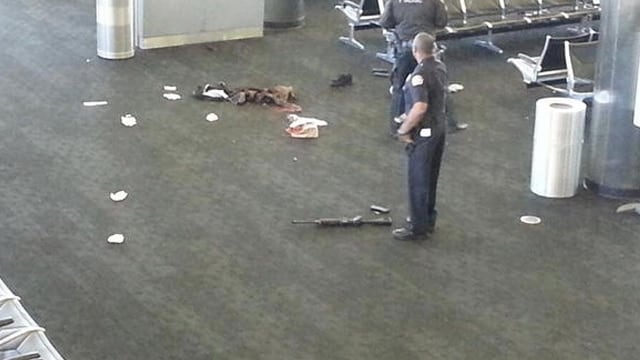 The man responsible for opening fire inside the Los Angeles International Airport in 2013 pleaded guilty to the charges Tuesday in federal court.

Paul Anthony Ciancia, 26, of Sun Valley, California, pleaded guilty to 11 counts related to his shooting spree that resulted in the death of an officer with the Transportation Security Administration and the injuring of three others.

“The guilty pleas entered in court today will hopefully bring some justice to the victims of this horrific attack that senselessly ended the life of a federal officer and injured several others,” said Eileen M. Decker, U.S. Attorney of the Central District of California.

According to his plea agreement, in the morning of Nov. 1, 2013, Ciancia modified two pieces of luggage and zip-tied them together to conceal a loaded rifle, which he bought earlier in the year along with 500 rounds of ammo and 10 magazines.

Ciancia then went up stairs to a TSA checkpoint and fired his weapon at TSA Officers Tony Leroy Grigsby and James Maurice Speer as well as civilian Brian Ludmer. They all suffered serious injuries and required surgery, but survived the attack.

Still inside LAX, Ciancia passed by passengers hiding or fleeing during the attack and asked them if they were TSA and when they answered “no,” he continued without shooting them.

Decker added that Ciancia now faces a sentence of life-without-parole in federal prison.