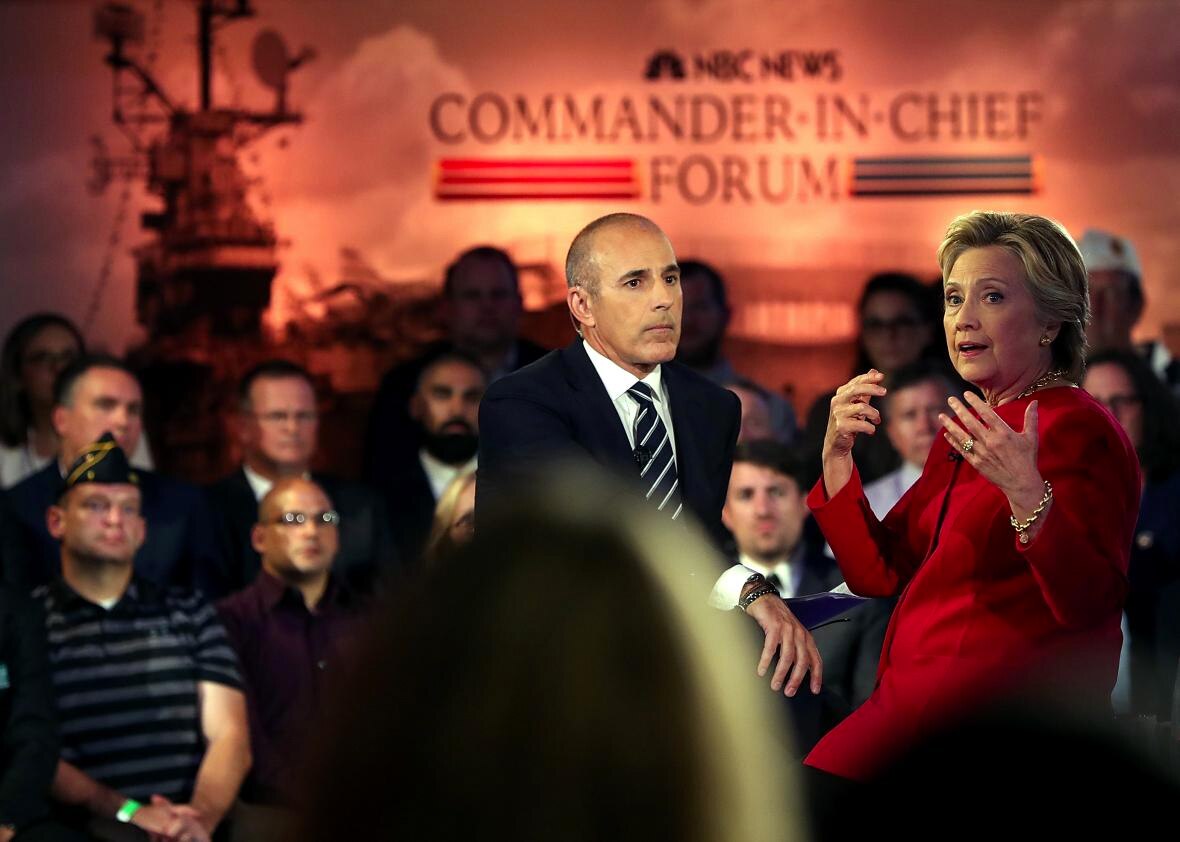 Hillary Clinton fields a question from the audience during the Commander-in-Chief forum put on by the Iraq and Afghanistan Veterans of America and hosted by NBC’s “Today” show host Matt Lauer Wednesday night. (Photo: Justin Sullivan/Getty Images)

It was hailed as the first of its kind – a brave step toward holding those in power accountable to the men and women in uniform and those who took it off when their military service was over – but the Commander-in-Chief Forum, hosted by advocacy group Iraq and Afghanistan Veterans of America Wednesday night, was criticized by many and was said to have fallen short.

The first moment came when Clinton responded to a question from the audience, saying she didn’t mishandle classified documents through the use of her private email server. This was an opportunity for Lauer to pounce, calling on FBI Director James Comey’s assessment, where he said in July that although Clinton had sent classified documents through her private email, he would not recommend charges against her.

Comey on Thursday defended his agency’s investigation and said it would release related documents when ready.

Both candidates have been seeking endorsements of military leaders and when asked how he would go about seeking guidance from them to defeat the Islamic State, Trump said “they’d probably be different generals, to be honest with you.”

That was met with quick response from Leo Shane, congressional reporter for Military Times, who corrected the Republican Party nominee.

“That’s not how the military works,” Shane tweeted.

“Rather than provide solutions to issues facing our country’s veterans, Donald J. Trump decided instead to praise Vladimir Putin, push for VA privatization, and flat out lie to the American public about his support for the war in Iraq,” Fischer said. “Trump passed on an opportunity to change course and stop the appalling attacks on veterans and military families, and confirmed that he is dangerous for our country. As a result, he will be the first Republican candidate for president in modern history to lose the veteran vote in November.”