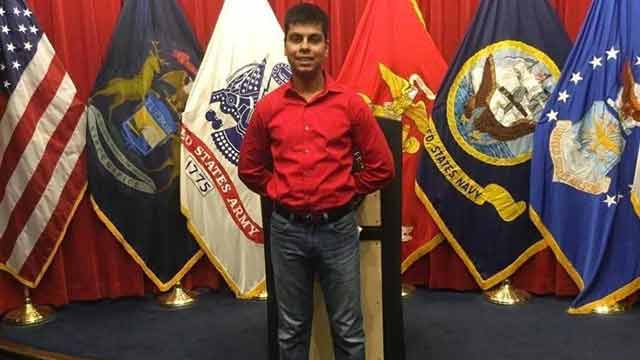 Raheel Siddiqui was a young Muslim who was excited about joining the military to fight for American freedoms, including the freedom of religion. (Photo: The Beaufort Gazette)

The Marine Corps Headquarters completed three command-level investigations into allegations of abuse and maltreatment of recruits at Parris Island, as an investigation continues into the circumstances surrounding a recruit’s apparent suicide at the depot earlier this year.

Recruit Raheel Siddiqui died after he jumped from a three story building at the depot on March 18. Although his death was ruled a suicide, Siddiqui’s family is skeptical, noting that the information they were given about his death “doesn’t make sense,” The Beaufort Gazette reported.

Siddiqui’s family said he had been ill, suffering from an infection or cold that caused swelling in his throat. He was in possession of a doctor’s note asking him to be excused from training at the time of his death. Officials say Siddiqui had fallen asleep and when he was awakened by a drill instructor, he “ran out the back hatch of the squad bay and jumped over the ladderwell wall … falling three stories before landing on the ground.”

The recruit’s family, however, claims he had asked to be temporarily relieved of training before passing out, and that he was not simply awakened, but rather struck violently in the face.

“We’re not accusing anyone at this stage,” said the family’s attorney, Nabih Ayad, back in April. “We have suspicions.”

But the family, nor their lawyer, elaborated on the “suspicions.”

And although the command-level investigation concluded Siddiqui’s death was, in fact, a suicide, the investigation still revealed a number of disturbing allegations. These include:

Immediate actions to be taken at the depot, per Training and Education Command officials, to prevent future issues include:

Following Siddiqui’s death, commanders and senior enlisted advisors at the series, company, battalion and regimental level were relieved of duty, and multiple drill instructors were suspended. Additionally, 20 personnel at the recruit depot may face military justice or administrative action.

“I fully support and endorse these initial actions,” said Commandant of the Marine Corps Gen. Robert Neller in a statement. “When America’s men and women commit to becoming Marines, we make a promise to them. We pledge to train them with firmness, fairness, dignity and compassion. Simply stated, the manner in which we make Marines is as important as the finished product. Recruit training is, and will remain, physically and mentally challenging so that we can produce disciplined, ethical, basically-trained Marines.”

Neller added, “We mourn the loss of Recruit Siddiqui, and we will take every step necessary to prevent tragic events like this from happening again.”