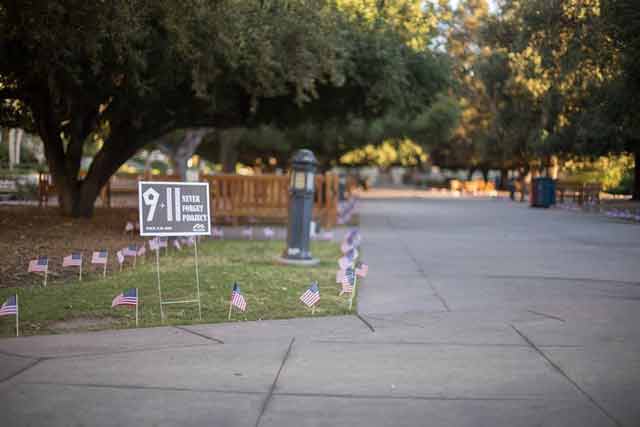 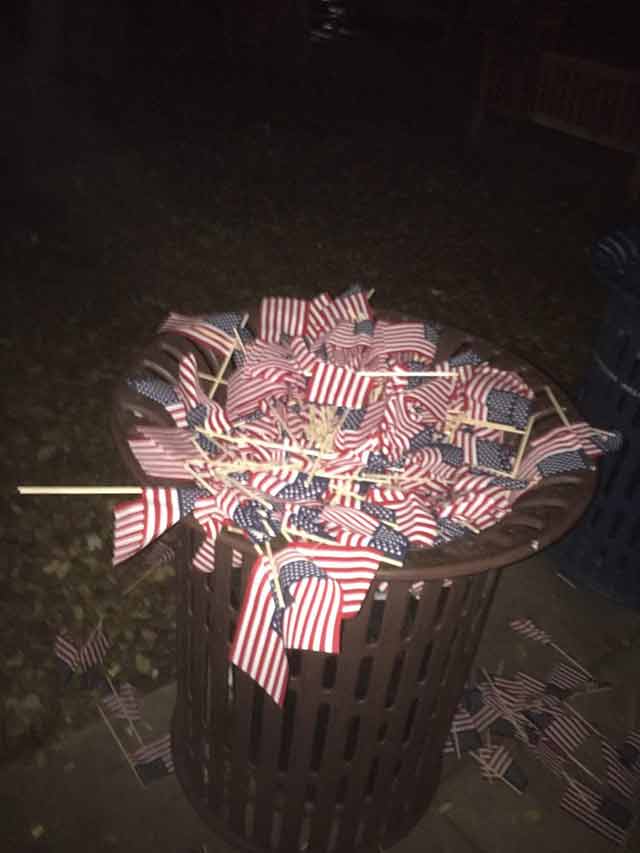 A display at Occidental College in Eagle Rock, California, was meant to show respect for the nearly 3,000 people who died 15 years ago on 9/11, but the display was destroyed twice over the weekend.

Numerous students got together to place the 2,997 American flags – one to represent each victim – in the quad display, but the next morning, every single one of the flags had been ripped up and thrown in the trash. Throughout the memorial’s site, flyers were posted which read, “R.I.P. The 2,996 Americans who died in 9/11. R.I.P. the 1,455,590 innocent Iraqis who died during the U.S. invasion for something they didn’t do.” 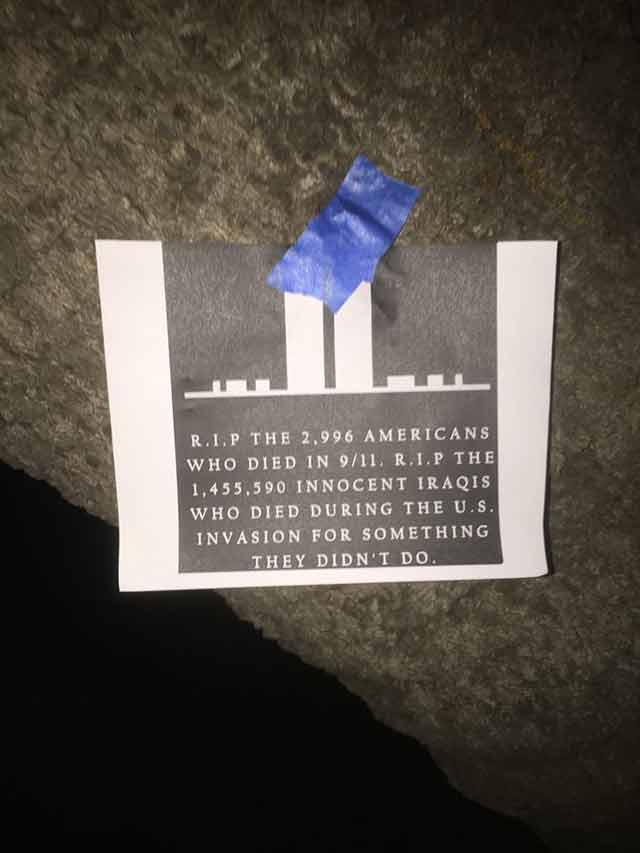 However, once the act was discovered, more than a dozen students collected the flags from the garbage and once again put them on display. 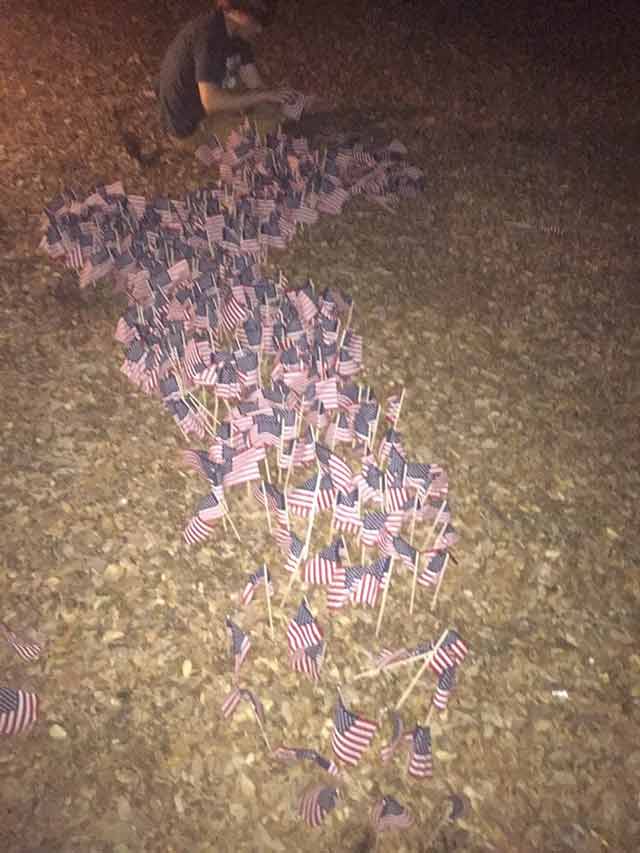 Later that morning, a few of us stood guard at the memorial. Four Occidental students came up and snapped a few flags right in our faces. When we confronted them, those cowards got away as fast as they possibly could.

We had thought the storm had passed, however, we were very wrong. This morning, students woke up to another lazy attempt at vandalism. Hundreds of flags kicked and smashed, and fifty or so back in the trash. Of course, we put them back in the ground.

The group asked for respect from fellow students, but also noted, “If you try to destroy it, we will rebuild it.”