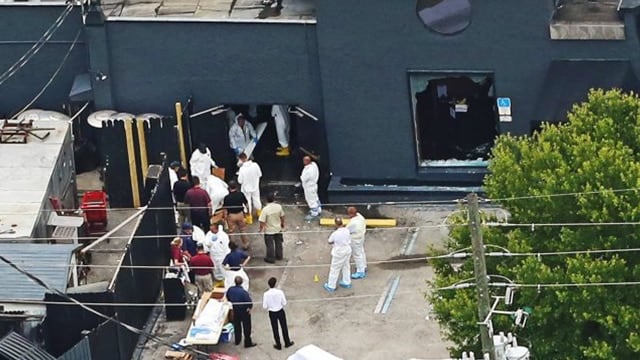 A Florida-based security company faces a $151,400 fine from the state over inaccurate psychological reports it filed on employees over a 10-year period, including the evaluation done on the Orlando nightclub shooter.

The state Department of Agriculture said Monday its investigation into the Palm Beach Gardens-based G4S Secure Solutions uncovered the name of a retired psychologist on the screening form used to secure access to firearms for more than 1,500 security guards employed with the company between 2006 and 2016.

One of those employees later gunned down 49 people at a gay nightclub in Orlando on June 12 before killing himself during a stand-off with police.

Department documents show Dr. Carol Nudelman was identified on company forms as the psychologist who performed mental health screenings for prospective employees, when was it was Dr. Joanne Bauling who actually completed the work.

The Sun-Sentinel reports Nudelman retired “nearly two years prior” to the shooter’s September 2007 evaluation and now lives in Colorado.

The shooter worked for G4S for nine years, including a stint operating the metal detector at the St. Lucie County Courthouse and as a guard at a PGA Village gated community, the newspaper reports.

Monica Lewman-Garcia, a spokeswoman for G4S, said in an emailed statement Monday the company “fully cooperated with the Florida Department of Licensing investigation.”

“Due to an administrative error, Dr. Nudelman’s name appeared erroneously on license applications,” she said. “As soon as this error became known to G4S, it immediately and publicly acknowledged that this was an administrative error and took measures to ensure that this error would not be repeated. It is important to note that all G4S security officers applying for a G License received a psychological assessment properly evaluated by a licensed psychologist.”

Armed security guards in the state must pass the Florida Statewide Firearms Course to receive the requisite “G License” needed for employment.

The state fined the company $100 per form found containing Nudelman’s name. Department spokeswoman Jennifer Meale said the fine “was the largest issued in history” under this section of state law, according to local media reports.