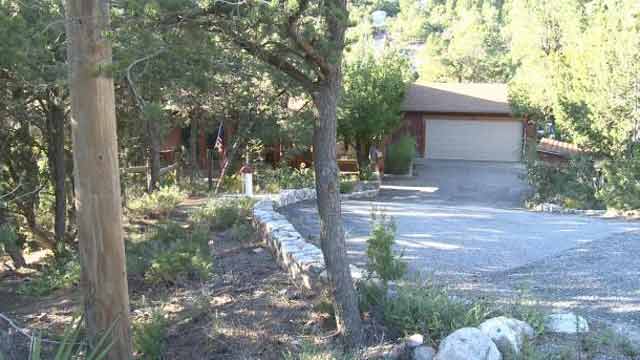 A suspect was fatally shot after he broke into a New Mexico man’s home and attacked him. (Photo: KRQE)

An intruder was shot and killed after attacking an elderly homeowner in his Tijeras, New Mexico, home Thursday evening.

According to reports from local media, the Bernalillo County Sheriff’s Department received a phone call around 5:30 p.m. Upon arriving at the scene, deputies discovered Sebastian Thompson, 48, broke into the 70-year-old man’s home and attacked him with both a large piece of bamboo and a hockey stick.

Authorities said the elderly man suffered a severe hear injury, but was still able to retrieve a .38-caliber handgun and fight back against his assailant. The homeowner, who was not named, shot Thompson in the chest. Thompson, who did not appear to have a prior criminal history, was pronounced dead at the scene, and nearby neighbors showed no sympathy for him.

“The intruder got what he had coming to him,” said neighbor Liam Wilson, who said he heard the sirens and was blocked by the police when he tried to go to the store shortly after the home invasion and shooting occurred.

“He did great,” neighborhood resident Jacob Johnson said of the elderly homeowner.

Johnson added that the homeowner “has some issues” and walks with a cane. “I think that a strong breeze would push him over,” he said.

Neighbor Szonja Johnson said it was a “pretty big thing” that he was able to go up against the intruder and survive.

The neighbors collectively called the man a hero, said they believed his actions were justified, and hopes the incident will serve as a warning to other criminals who may be planning to do anything similar in their neighborhood.

Once the investigation is completed, the case will be forwarded to the District Attorney’s office where they will decide if the shooting was justified.