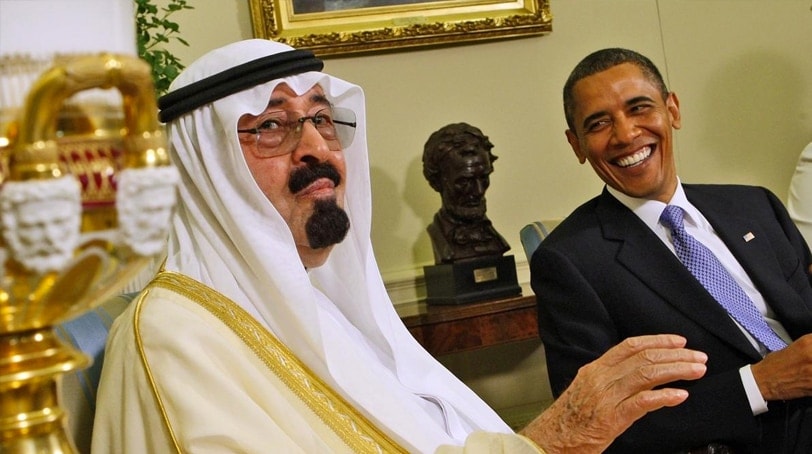 President Barack Obama with King Abdullah, who has reigned as king of Saudi Arabia since 2005. (Photo: Ron Edmonds/Associated Press)

President Obama plans on vetoing legislation which would allow the families of those killed during the 9/11 attacks to sue the government of Saudi Arabia in the U.S. court system, The Hill reported.

The White House announced the president’s intention Monday during a press briefing, though the administration had reportedly dropped several hints over the past few months.

“That is still the plan,” press secretary Josh Earnest said. “The president does plan to veto this legislation. I do anticipate the president will veto the legislation when it is presented to him.”

It is unknown when the bill will come across Obama’s desk, though politicos suspect the bipartisan bill’s potential override could stir dissent in Congress, causing a veto override.

One of the fears held by the Obama administration is that that the law could open the U.S. government up to lawsuits in countries around the world, Earnest said.

“I would anticipate that the president will continue to explain his opposition to this legislation … up until Congress decides whether to override his veto,” Earnest said.

The bill was passed by a voice vote in the House Friday, just two days before the 15-year anniversary of the attacks on the World Trade Center towers and the Pentagon in 2001, the Washington Post reported. The Senate passed the measure in May.

The 9/11 attacks were planned and executed by Saudi national Osama bin Laden and his followers, who U.S. Navy SEALs reportedly killed during a covert raid on a residential compound in Pakistan on May 2, 2011.