Filipino president says US troops ‘have to go’ 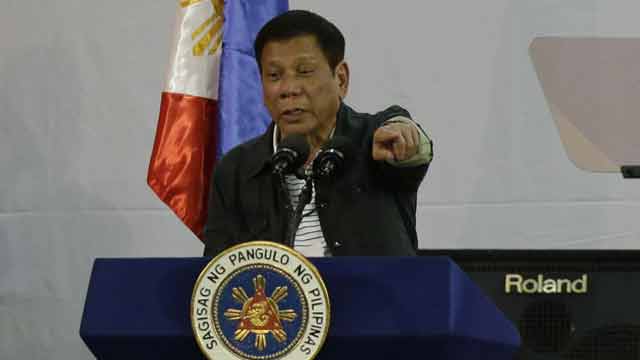 Citing concerns over ISIS, Filipino president Rodrigo Duterte made it clear Monday that he wants U.S. troops out of his country.

Duterte noted that the presence of U.S. forces in the country could interfere with their own plans against the terrorist group. Duterte said the handful of troops, which remain on the island of Mindanao for logistics and technical support, are a prime, high-value target for ISIS.

“Americans, they will really kill them,” he said, “they will try to kidnap them to get ransom.”

Duterte was scheduled to meet with President Obama last week, but Obama backed out after Duterte appeared to call him a “son of a bitch.” However, the two ended up meeting briefly after all and Duterte, whose leadership methods are perceived as somewhat unconventional by some, explained to Obama that the comment was not directed toward him.

There’s currently no word on a withdrawal of U.S. troops out of the Philippines at this time.