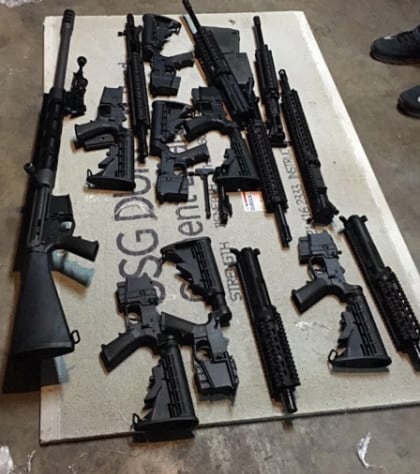 U.S. Border Patrol agents in Oxnard, California, seized weapons, cash and arrested four people in connection with the smuggling goods across the border.

According to last week’s statement, agents located a pickup truck believed to be used in smuggling activity at an Oxnard home and obtained a state-issued search warrant for the residence. They executed the search warrant alongside Los Angeles law enforcement.

Authorities arrested three men and one woman, all Mexican nationals and one in the country illegally. They also seized 13 rifles, ammo and $10,000 in cash. The weapons included 10 ARs, one semiauto rifle, a shotgun, and a .50-caliber rifle.

The individuals were detained at a Ventura County jail and are facing charges for violating assault weapons laws. Their cases are currently being reviewed by the Ventura County District Attorney’s Office.

“By taking these weapons off of the streets and out of the hands of the criminal element, our agents and partners made a tremendous contribution to the safety of our communities on both sides of the border,” said Richard A. Barlow, Chief Patrol Agent of the San Diego Sector.