A buyback hosted by the Marin County District Attorney’s Office in five locations Wednesday spent $80,000 and got mostly your typical junk guns. With some exceptions.

Announced by Marin County District Attorney Ed Berberian earlier this month, the event offered $200 for a working semi-auto handgun or “assault weapon” and $100 for any other gun.

“Buyback programs clearly are symbolic but also are a constructive, positive messaging to our community and demonstrate things can be done and just as importantly demonstrates we want to do something – even if a baby step,” said Berberian in a statement.

As reported by the Marin Independent Journal who covered the event “trash cans were brimming with rifles and shotguns, and boxes were filled with handguns.”

Images from the buy back show your typical Iver Johnson break action revolvers and bolt-action hunting rifles, but there was mention in the article of “An illegal fully automatic firearm, complete with a silencer.”

Would you like to know more? Here you go: what looks to be an HK MP5 with a side-folding factory marked stock and four-positon ambi Navy fire control pack lower, as well as a host of mags and a couple of suppressors. 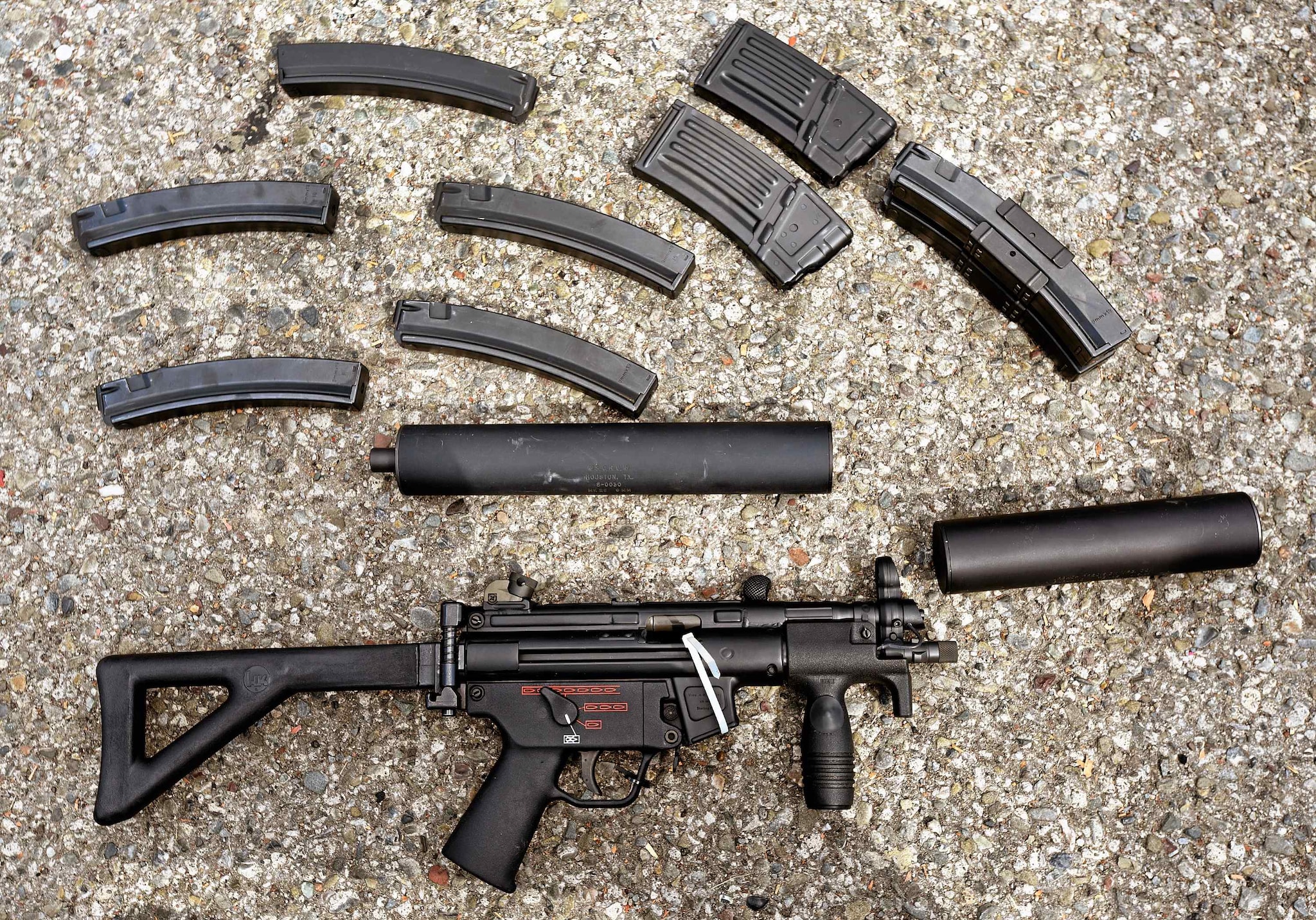 We’d drop $200 on that any day–provided it is real and came with a filled out and stamped Form 4 of course. (Photos: Robert Tong/Marin Independent Journal)

As California frowns on suppressor ownership altogether for civilians and you have to get special permission from DOJ besides your regular NFA hoops for full-autos, the MP5 combo likely came in from out of state, was illegal (say it ain’t possible), a prop house gun, or is a Post-86 dealer sample or LE gun. In any of these cases, there are likely some questions. 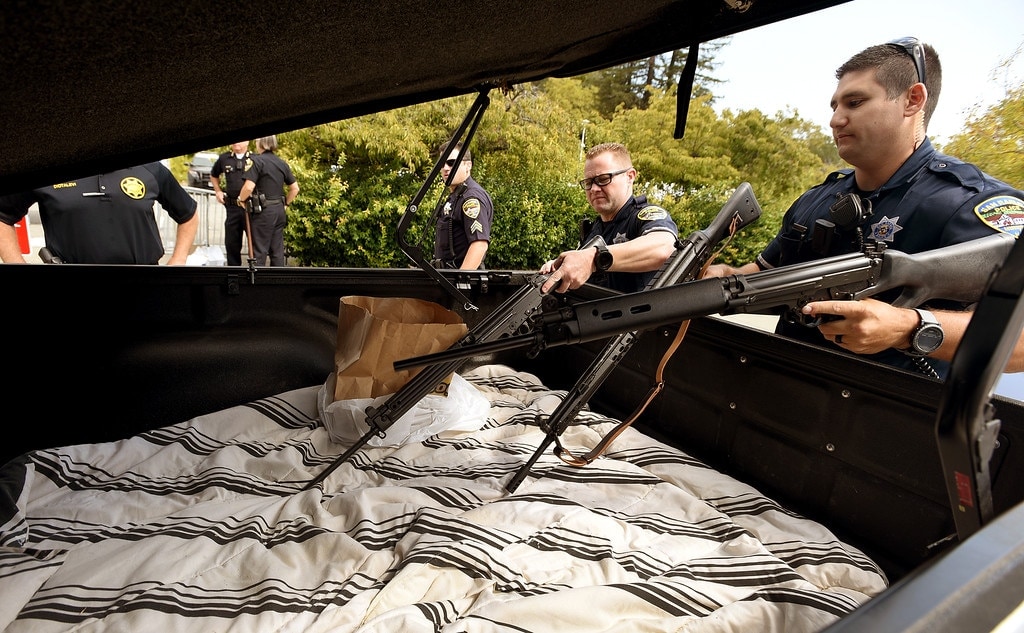 San Rafael Police officers David Casalnuovo, left, and Anthony Scalercio remove rifles from the back of this pick-up during a gun buyback at the San Rafael Police department on Tuesday, Sept. 13, 2016. (Photo: Robert Tong/Marin Independent Journal) 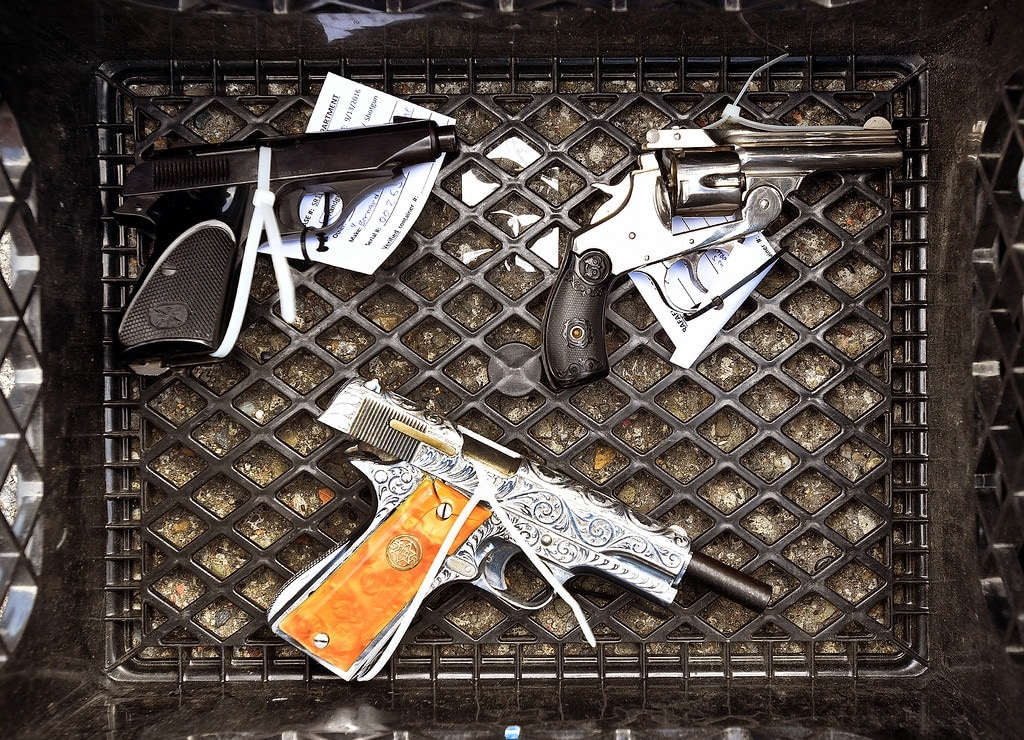 A few handguns were sold back to the San Rafael Police on Tuesday, Sept. 13, 2016, during a gun buyback at San Rafael City Hall. (Photo: Robert Tong/Marin Independent Journal)