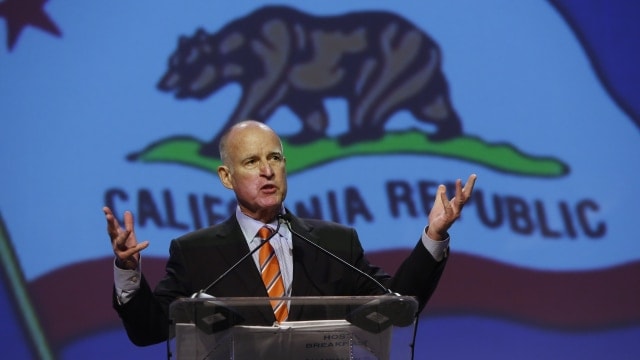 The state Legislature approved Senate Bill 1332 last month, despite public concern over the “onerous” provisions of the bill forcing private loans of firearms for longer than 10 days undergo the state mandated transfer process at a federally licensed dealer.

Under current law, a gun owner can loan a firearm to someone else for no more than 30 days. Any time period longer and the gun owner must legally transfer the weapon to the other person at a licensed gun shop, where a background check will be performed. Handgun transfers require the new owner have a firearms safety certificate, too.

“Gun violence continues to be a serious problem in communities across the state and nation. It is important we do everything necessary to close gun loopholes and strengthen gun laws,” Mendoza said in a press release last month. “SB 1332 does both.”

Sam Paredes, executive director of Gun Owners of California, rejects this premise. “There’s no indication that lending a gun has led to an increased crime problem,” he said. “Lending a gun to someone who shouldn’t have it is already a crime under state and federal law. This is just another harassment of law abiding gun owners.”

Paredes said the bill’s provisions allowing spouses to co-register weapons for concealed carry permits make sense, but “the loaning portion is so convoluted and is going to put many law abiding gun owners in jeopardy.”

Brown, however, hasn’t signed every gun control bill sent to him, including a ballot measure clarifying the charge for stealing a firearm as “felony grand theft,” a bill limiting long gun purchases to one a month and a third criminalizing failure to report a lost or stolen firearm, among other vetoed proposals.

The National Shooting Sports Foundation, the gun industry’s leading trade association based in Connecticut, joined Paredes and other gun groups in petitioning Brown to toss out SB 1332, too.

“NSSF opposes SB 1332 because the bill does nothing to increase public safety,” said Mike Bazinet, a foundation spokesman, in an email Tuesday. “What SB 1332 would do is require the registration of firearms that are loaned if the owner chooses not to use an Federal Firearms Licensee for the transfer. Many rifles owned for hunting were purchased prior to the registration requirement, but these firearms could be required to be registered with DOJ. This bill makes clear that the end goal of anti-gun politicians in California is eventually to have all lawfully owned firearms registered with the government.”

Evan Westrup, a Brown spokesman, said Tuesday the governor has until the end of the month to act on the bill.

“Generally, we do not comment on pending legislation,” he said.