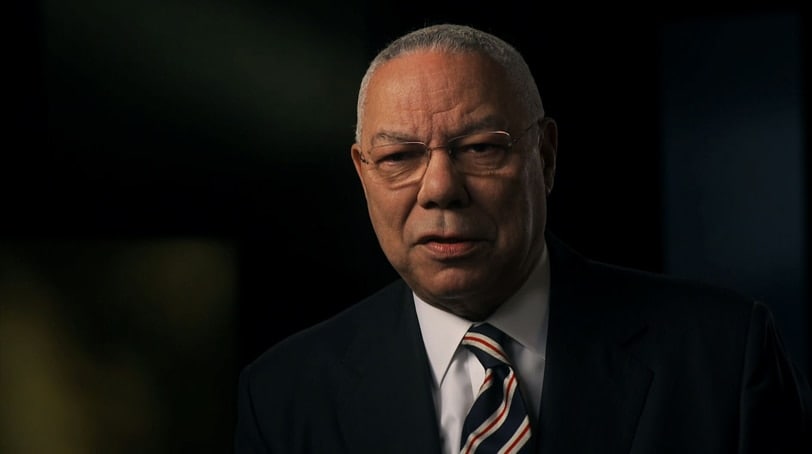 New leaked emails reveal former secretary of state Colin Powell reached out to the Hillary Clinton camp following the Democratic presidential hopeful’s use of his name in defense of her private email setup.

The retired four-star general confirmed to NBC News that the leaked email did, in fact, come from him.

“The hackers have a lot more,” he told the network.

Powell, who served under President George W. Bush, lamented the fact that Clinton tied him to the email scandal instead of just coming clean in the first place.

“I told her staff three times not to try that gambit,” Powell wrote in an email to an unknown recipient dated Aug. 28. “I had to throw a mini tantrum at a Hampton’s [sic] party to get their attention. She keeps tripping into these ‘character’ minefields.”

Powell said he spent a week with attorney Cheryl Mills and the Clinton team “burying the flap.”

The private email was first posted to DCLeaks.com and shared with several publications, including The Intercept and Buzzfeed.

According to the Intercept, the leak site is anonymously managed and has ties to hacker Guccifer 2.0, who came to recent media prominence after taking credit for a hack that revealed thousands of internal emails within the Democratic National Committee prior to the party’s convention in Philadelphia late July.

A cybersecurity firm during that time said the hacker who claimed credit for acquiring the emails was likely Russian, not Romanian as he let on, and may reportedly have ties to Vladimir Putin’s intelligence network.

Powell said in an email that Clinton had asked him for advice in 2009 during a dinner at the home of former Secretary of State Madeleine Albright. He reportedly gave her “written guidance” on how he had gone about corresponding digitally, which included setting up a private AOL account – not a server – for sending and receiving private, non-classified emails.

“Dumb. She should have done a ‘Full Monty’ at the beginning. She was using email when she took over. They put the personal system in the basement a few months later.” Powell wrote. “She didn’t need any advice from me; she was already doing it. I warned her staff three times over the past two years not to try to connect it to me. I am not sure [Clinton] even knew or understood what was going on in the basement.”

Powell also attacked Trump, calling him “national disgrace and an international pariah” who led a witch hunt against President Obama in search of his birth certificate.

“Yup, the whole birther movement was racist,” Powell wrote in an Aug. 21 email, as reported by Buzzfeed. “That’s what the 99% believe. When Trump couldn’t keep that up he said he also wanted to see if the certificate noted that he was a Muslim.”