Katie Couric faces $12M defamation suit for 'Under The Gun' 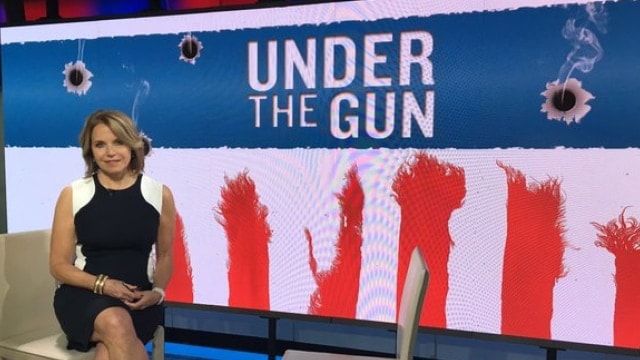 Claiming filmmakers intentionally manipulated footage that appears in the gun control documentary Under the Gun, a Second Amendment group interviewed for the film has filed a defamation suit in federal court.

The Virginia Citizens Defense League on Tuesday filed the suit in the U.S. District Court for Eastern Virginia in Richmond against Katie Couric, director Stephanie Soechtig, production company Atlas Films and distributor Epix over the film, which they contend is an advocacy film rather than a documentary.

The suit centers on footage contained in the final version of the film showing an interview with VCDL members “sitting silently, stumped, and avoiding eye contact for nearly nine seconds after Couric asked, ‘if there are no background checks for gun purchasers, how do you prevent felons or terrorists from purchasing a gun?'”

Attorneys for the group argue filmmakers took license and — instead of the six minutes of responses that the VCDL members had actually provided — inserted awkward silent footage taken during a “calibration check” in which they were asked to remain quiet by the production crew for 10 seconds.

VCDL members reported the alleged deceptive editing after the film’s debut by sharing their own unedited audio made during the segment in question. Filmmakers at the time denied the allegation with Soechtig explaining the switched response as “a pause for the viewer to have a moment to consider this important question before presenting the facts on Americans’ opinions on background checks.”

With the controversy building, Couric posted a four-paragraph statement to the film’s website, taking responsibility for the edit and agreeing that “those eight seconds do not accurately represent their response.”

Nonetheless, attorneys for VCDL say the current version of the film still contains the thorny pause and defames the gun rights group — including members present like a licensed gun dealer and an attorney — as inept and lacking the expertise to answer fundamental gun law questions.

They also contend the production manipulated lighting by closing window blinds and dimming the lights in the room during interviews with the gun group “to cast shadows on the VCDL members’ faces and to portray the VCDL members as sinister and untrustworthy.” Anti-gun advocates, on the other hand, were filmed in bright light and bright backgrounds that intentionally did not cast shadows on their faces.

In a statement posted social media, the gun group explains they filed the suit to set the record straight. “Couric has publicly admitted that the film was misleading and misrepresented the VCDL, but the filmmakers refuse to fix it or to stop promoting and distributing it,” the statement says.

Previously, the group has called for federal authorities to investigate apparent interstate gun buys made during the film and Epix ending its free hosting of Under the Gun.

Guns.com has reached out to publicists for Soechtig, Couric, Epix and Atlas for comment and will update this piece if they are received.

The suit seeks $12 million in compensatory damages as well as punitive damages of $350,000 per plaintiff.