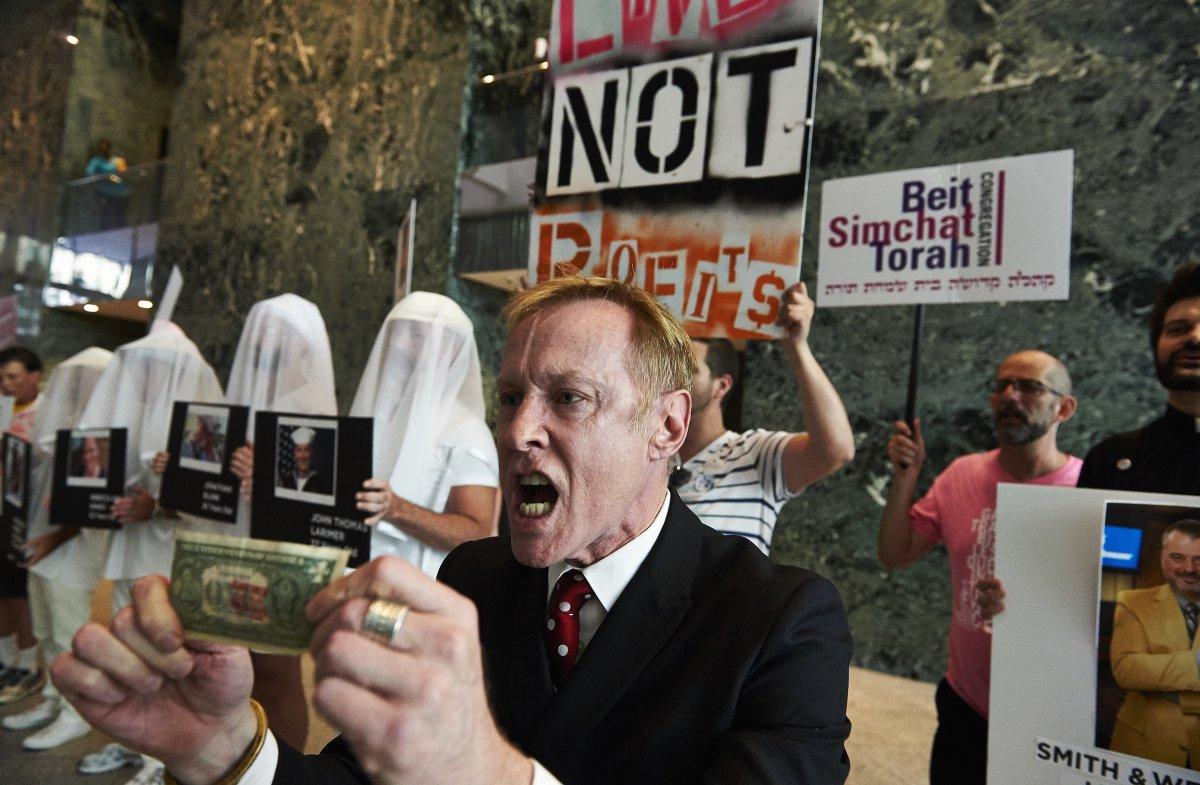 Gays Against Guns staged another protest Tuesday against BlackRock investment firm over its significant holdings in weapons stocks, including high profile manufacturers like Smith & Wesson and Rugers.

The group gathered outside the Omni Berkshire Place Hotel in midtown Manhattan to “condemn” the appearance of Smith & Wesson at the 2016 Best Ideas Conference before demonstrators headed down the street to pass out “blood money” in the lobby of BlackRock headquarters.

It’s the second demonstration in as many months for the group — founded in the wake of the June 12 mass shooting at a gay nightclub in Orlando — who say investment firms like BlackRock play a silent, but deadly role in what it calls the “chain of death.”

“Know that BlackRock has millions of stock invested in Smith & Wesson,” the group said in a press release Tuesday. “Both BlackRock and Smith & Wesson are complicit in death and the culture of gun violence that plagues this country.”

Gays Against Guns says Smith & Wesson manufactured the AR15s used in both the San Bernardino and Aurora, Colo. shootings. It also rebukes the company’s CEO James Debney for his optimism about first quarter profits and the “busy buying season now upon us” in a Sept. 1 conference call with stock analysts.

A BlackRock spokesperson, in an interview Tuesday with the New York Daily News, said the company provides “clients with customized portfolios that are seeking to have their values reflected in their investments, by removing firearms, tobacco and alcohol manufacturers.”