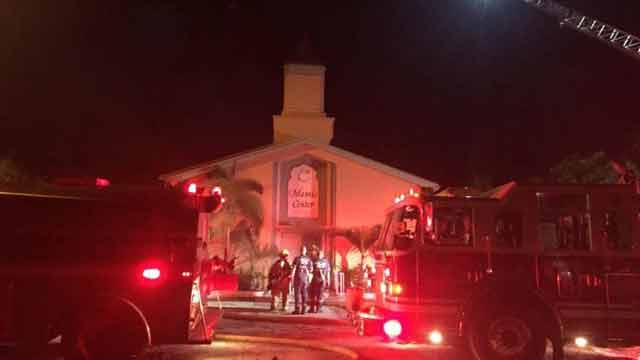 Authorities aren’t yet ready to call the act of arson a hate crime. (Photo: The Orlando Sentinel)

As the search continues for a suspect, the St. Lucie County Sheriff’s Office confirmed Tuesday that an early morning fire at a local mosque was the result of arson.

Multiple 911 calls came in just after midnight as passersby noticed flames coming from the Fort Pierce Islamic Center, the mosque where the man responsible for the mass shooting at an Orlando nightclub earlier this year was known to previously worship.

First responders were on the scene within minutes and the fire was completely extinguished by 5 a.m. No one was injured as a result of the fire.

Review of video captured by nearby surveillance cameras showed the suspect arrive on what appears to be a Harley Davidson motorcycle, possibly with saddlebags. The suspect is seen near the building before a flash of light appears – presumably the fire being lit – before he is seen running away from the mosque. The sheriff’s office later confirmed an accelerant was poured around the door, but the type of accelerant used is still being investigated.

Maj. David Thompson, with the St. Lucie Sheriff’s Office, said the suspect was seen in the video “shaking his hand” indicating he may have burned his hand while setting the fire.

Authorities released the video as well as still shots of the suspect and asked for help from the public in identifying that person.

“As of now, we have only received eight tips. That is disheartening,” the sheriff’s office said in a statement Tuesday. “Regardless of your personal beliefs, a crime was committed and the person responsible needs to be identified and brought to justice.”

The department again asked for help from the public, adding that, thanks to assistance from the Florida Advisory Committee on Arson Prevention, a $5,000 reward would be available to anyone who provides information which leads to the man’s arrest. 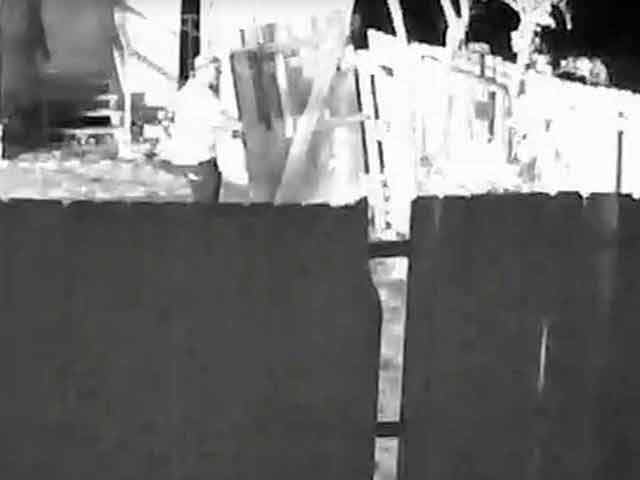 A still shot of the suspect believed to be responsible for starting the fire. (Photo: St. Lucie County Sheriff’s Office)

Wilfredo Ruiz, a spokesman for the Florida Chapter of the Council on American-Islamic Relations, called the incident a hate crime.

“To firebomb a place barely an hour after parishioners are leaving a place is clearly meant to terrorize,” he said. “This is a political hate message being sent.”

However, Thompson said the department is not yet ready to confirm it as such, but they are exploring the possibility.

The St. Lucie County Fire District, the Florida State Fire Marshall’s Office, the Bureau of Alcohol, Tobacco, Firearms and Explosives, and the Federal Bureau of Investigations are all assisting with the investigation.