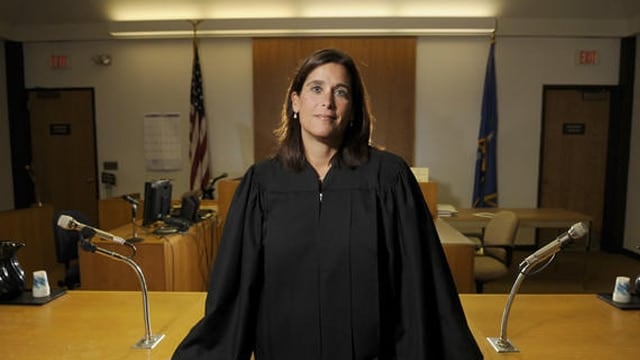 The Connecticut judge presiding over the case between Sandy Hook shooting victims and Remington Arms issued an order maintaining a pre-scheduled timeline for summary judgment after Remington filed 14 months early.

Last month, the company filed a motion for summary judgment, which argued connecting the gun maker to the school shooter by way of negligent entrustment as posed by the plaintiffs was “legally insufficient” under consumer laws.

In a response, plaintiffs reiterated the schedule and discussed the consequences of altering the terms of the existing deadlines.

“Adjusting the scheduling order to require the plaintiffs to prioritize issue-specific discovery for the purpose of responding to Remington’s premature Motion for Summary Judgment would give Remington control over the plaintiffs’ discovery process and allow Remington to take a smoke-and-mirrors approach — obscuring facts relevant to the plaintiff’s claims while revealing only those most advantageous to their defense,” the plaintiff’s motion said.

In court documents filed Tuesday, Remington argued that it is entitled to summary judgment and asked the judge to order plaintiffs to respond to its arguments.

“Neither Remington nor any party in any case is required to bear the substantial burdens of prolonged litigation when summary judgment is appropriate,” Remington’s motion said.

Remington has been fighting discovery since the case was given a trial date earlier this year. Plaintiffs, operating under the theory that the gun maker’s advertising efforts had been influential on the man responsible for the school shooting, asked for documents that discuss and explain ways in which Remington marketed AR rifles to consumers before Dec. 14, 2012.

Despite the contention, there has been some progress in discovery. Over the summer, the two parties negotiated what kind of information would be released. The gun maker agreed to at least 11 requests that pertain to business relationships, marketing strategies, firearms training and sales records. Also, Bellis signed off on a protective order that blocks confidential information — personal information, proprietary details, buyers info, business agreements, etc — from public view.

Families of nine victims killed in the shooting and one survivor filed suit in December 2014. Their lawsuit argued ARs — the civilian version of standard U.S. military rifles — are weapons of war and should not be sold to the public. They said Remington knew the military aspect would entice the gun owners and understood the carnage it could cause.

Remington, a North Carolina company, was named in the case because it is the parent company of Bushmaster Firearms, which manufactured the weapon used in the massacre, alongside a Connecticut-area distributor and the gun shop that sold the rifle. However, the gun shop has been ordered a stay in the case due to bankruptcy.

At the Newtown school on Dec. 14, 2012, the gunman fired 154 rounds in less than five minutes and killed 20 first-graders and six educators, according to the final report by state authorities.

Due to intense public interest in the case, both parties are required to attend monthly conferences until trail, which is scheduled for April 2018. The next hearing is Sept. 20.