Teen gets 172 years for part in quadruple murder 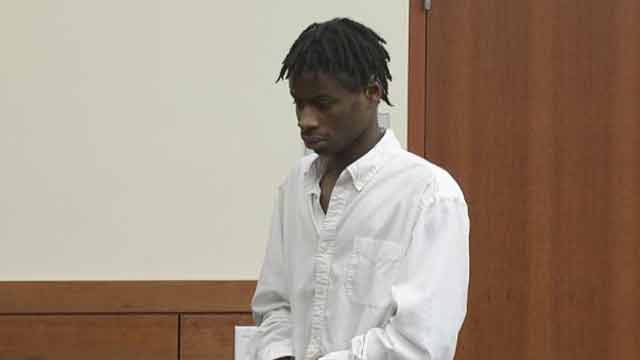 The defense argued that Jordyn Wade (pictured) should not receive life imprisonment because he was not the one who pulled the trigger. (Photo: AP)

A judge decided Tuesday that an 18-year-old from Columbus will spend the rest of his life in prison, without the possibility of parole, for the part he played in a home invasion robbery last year that left four people dead and a fifth victim seriously injured.

Wade, who was just 16 years old at the time, broke into the home along with Robert Adams, 29, robbed the occupants and then forced the victims into the basement of the home where Wade held them at gunpoint as Adams executed them one by one.

Michael Ballour, 41, Daniel Craig Sharp, 26, Angela Harrison, 35, and Tyajah Nelson, 18, all died from multiple gunshots, which were fired at close proximity investigators determined. A fifth victim, who was 15, was grazed by a bullet that took off a portion of her ear. She said she played dead, which likely saved her life, and once the assailants were gone, she crawled out of the basement to get help.

The surviving victim, who described the robbery as drug-related, was able to lead authorities to Wade and they arrested him shortly after the shooting. He has since been in custody.

According to The Columbus Dispatch, Wade showed no emotion as his sentence was handed down.

Carolyn Medley, whose granddaughter was one of the victims, told the courtroom she hopes “prison makes his life a living hell.”