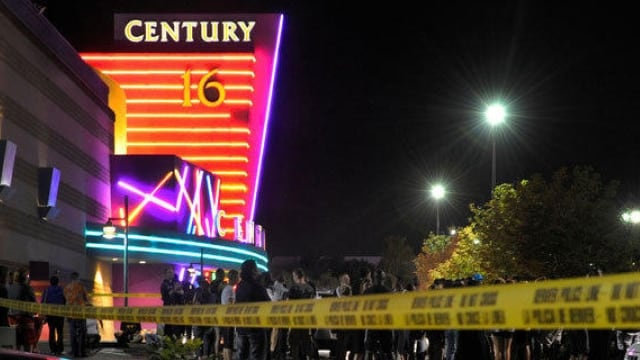 The Cinemark-operated Century 16 movieplex in Aurora, a Denver suburb, was the scene of a mass shooting in July 2012 and has been remodeled as the Century Aurora 16. (Photo: Karl Gehring / Denver Post)

Cinemark dropped its request Tuesday for the surviving victims of a mass shooting at one of its movie theaters in Aurora, Colorado, to pay back legal fees the company incurred while defending itself against negligence claims in state court.

The Denver Post reports the company’s attorneys filed documents in Arapahoe County District Court this week withdrawing its bill of costs, writing “this case can now be deemed completely over.”

The original lawsuit against Cinemark stems from the July 2012 mass shooting at Century Aurora 16 theater, where a lone gunman opened fire at a midnight showing of The Dark Night Rises, killing 12 people and wounding 70 others.

A year later, some 60 surviving victims sued Cinemark for sub par security measures they allege enabled the attack. A civil jury in May decided in favor of the movie theater chain, calling the shooting “an unforeseeable tragedy.”

Colorado state law permits the winning party can recoup the legal costs of the suit. Cinemark attorneys filed a $699,187.13 bill of costs in state court in June, however, four of the victims appealed the amount and judge’s final order was never issued, according to The Denver Post.

Those victims dropped their appeal Tuesday, the newspaper reports. A similar lawsuit against Cinemark in federal court remains ongoing.

Last year, a federal judge using Colorado law put plaintiffs connected to the Aurora shooting in a similar situation. Parents of one of the 12 killed lost their lawsuit against online retailers that sold the shooter ammunition and equipment. They were ordered to pay more than $200,000 of the defendants’ legal fees and court costs.

The lead defendant in the case, Lucky Gunner, then donated the reimbursed funds to the National Rifle Association. The company explained since the lawsuit was designed to promote gun control policies and blamed it for the horrific incident when it followed the law, it would promote an organization that protects its existence.