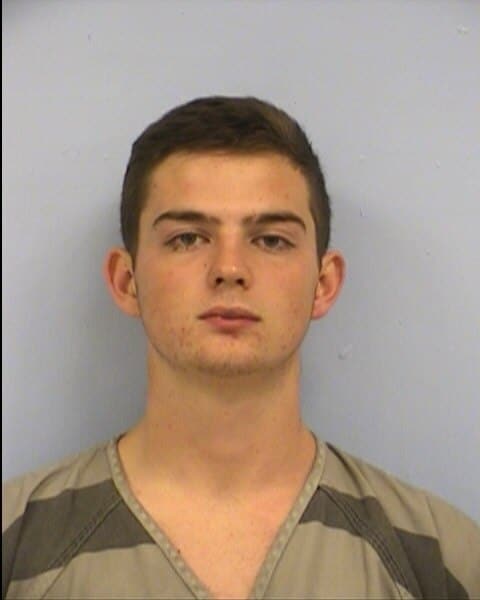 Gun control advocates this week cited a shooting by a drunk non-student that occurred off campus as validation for their opposition to repeal of gun free zones at the state’s public colleges and universities.

The incident, as noted in a combined press conference by Austin Police and University of Texas Police occurred at party at the Sigma Chi fraternity house, located off campus, in the predawn hours of Sunday morning. Responding to a call of shots fired, authorities found a security guard suffering non-life threatening injuries, shot in the foot by a party-goer who had earlier been thrown out of the event and returned with a small caliber handgun.

Police arrested Daniel Hamilton Magee, 18, as well as his two roommates who did not live at the house but rather at a nearby residence. Troy Gay, assistant chief with the Austin Police Department, confirmed that Magee and his roommates were not students at UT and Magee was not a concealed carry permit holder. Magee, who admitted to the shooting, was highly intoxicated despite being too young to drink and had used Xanax before the incident.

Authorities downplayed any ties to the event and open carry or carry on campus, which recently went into effect.

“I know that there are a lot of concerns about open carry, as well as it being a close proximity to the University of Texas, but we can assure you that we believe this is an isolated incident,” said Gay. “This was a disturbance that took place. Anytime that you have a situation where alcohol was involved people do not make good decisions and in this case the subject did come back with a weapon.”

UT Police Assistant Chief Keats advised there was no investigation into Sigma Chi or their unarmed contract security guard. In a statement from the school, UT is offering counseling and support to students who were at the party or affected by it.

An article on the event by the UT-based Daily Texan was posted online by the Texas chapter of Moms Demand Action, noting, “As if it needed repeating, booze, college kids and guns do NOT mix…Three arrests related to the The University of Texas at Austin Sigma Chi fraternity shooting early Sunday morning were made last night.”

To this, CJ Grisham with Open Carry Texas, responded by noting the incident did not occur on campus and the suspect was not a student, not licensed to carry a gun, and wasn’t old enough to purchase a handgun in the state.

“While the anti-gun, gun control zealots are trying to work a slight of hand by seeking to convince their sheep that this incident is a result of the danger posed by campus carry, the fact is that the law that went into effect over a month ago without incident played no part, positive or negative, in this shooting,” said Grisham in an email to Guns.com. “The intellectual dishonestly of Bloomberg’s Stepford Moms knows no limit.”

Magee has been charged with aggravated assault and is currently in custody in the Travis County Jail subject to a $50,000 bond. Public records show he was arrested in Fort Bend County earlier this year.

His roommates were not charged and were released.