Hundreds of residents rally for gun rights in Modesto 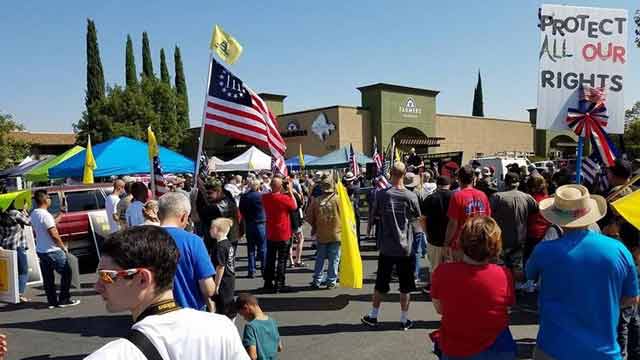 About 500 people turned out for a gun rights rally in Modesto, California, Saturday.

Event organizer Daniel Fagundes of Turlock said the group raised about $1,300 to donate to disabled vets and the Firearms Policy Coalition, which fights for gun rights. Fagundes called the rally – the first he’s helped organize – “flawless” and “perfect.”

Attendees included Stanislaus County Sheriff Adam Christianson, who told the group Americans have the right to own firearms for sport, hunting, competition and self-defense, if they so choose. Christianson also noted that none of the legislation being introduced in the state is doing anything to keep communities safe.

“None of it, in my opinion, brings a greater level of safety to our community because, really, the only thing it affects is law-abiding citizens,” Christianson said. “As the sheriff, I’ve said all along that I’m not going to turn law-abiding citizens into criminals. There’s already plenty of criminals in our community – my jail is full, so there’s no room for any of you.”

“When we run for office and go to serve the public, we swear an oath to defend this nation from enemies foreign and domestic, and that is up to and including a tyrannical government,” he later added. “Our founders got that, that’s the reason why they put (the Second Amendment) there.”

Fagundes said the event was a success, with only one or two people driving by and flipping the bird. Plans are underway for another rally in October.