Want a host of features that include an unobtainium suppressor and customized HK in a handy ammo can? Yup. (Photos: SilencerCo)

Utah-based SilencerCo and SSVi have teamed up to produce a very quiet set up that mates a custom HK VP9 to an Osprey 9K can in one sweet package.

In Norse mythology, Mjölnir is the hammer of Thor, and Damon Young specializes in the self-proclaimed Modern Day Mjolnir through his SSVi (Speed-Surprise-Violence of action Industries) which makes some of the slickest custom guns around an addition to the Tyr Trigger system. One of their best known mods is their Signature Series work on the Heckler and Koch VP9 which includes full slide machining and complete battleworn Cerakote finish by Blowndeadline.

Now Young and SSVi has partenered with SilencerCo to mate their modded VP9s complete with Heinie VP9 suppressor sights to a matching Osprey 9K with a black nitrided 1/2×28 Piston and SilencerCo threaded barrel suppressor with matching finish in a limited run as part of the suppressor company’s Summit Series of careful limited edition firearm/can combos. 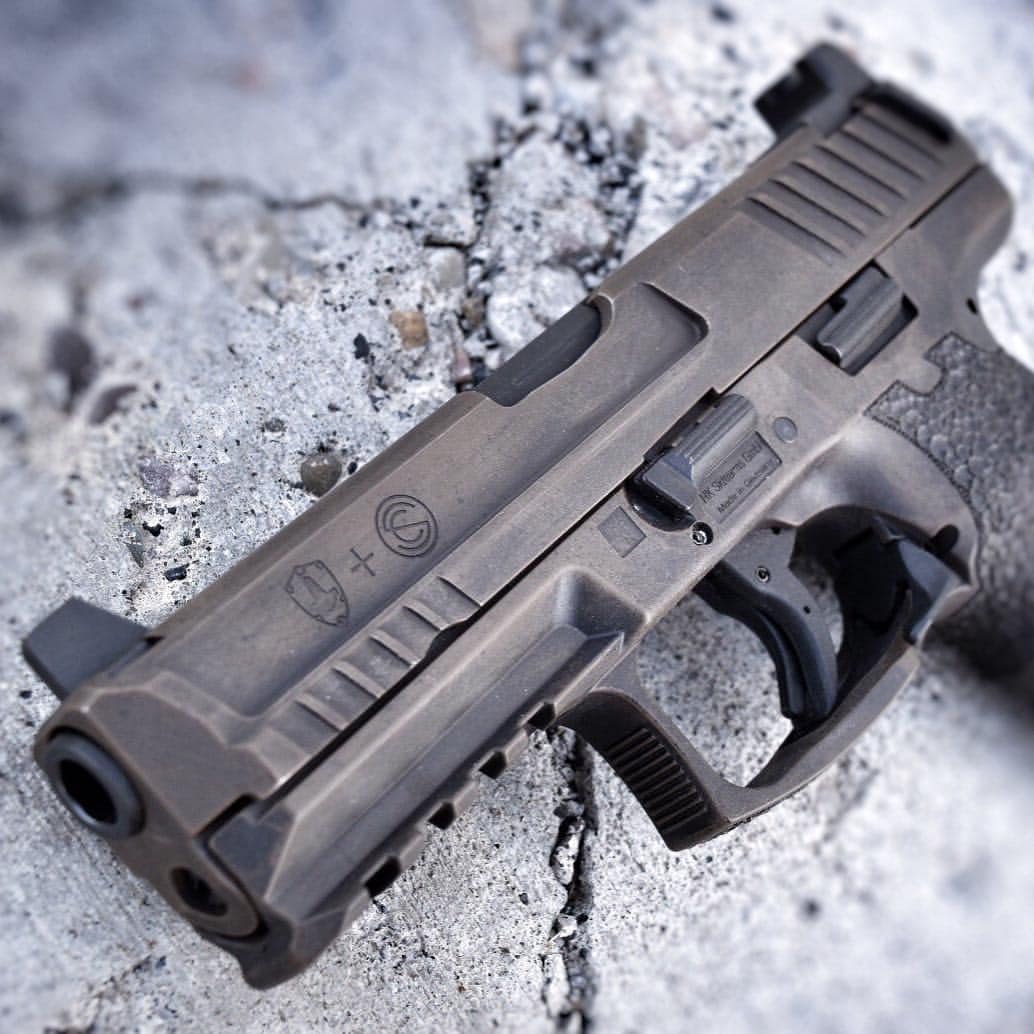 Start with the SSVi HK VP9 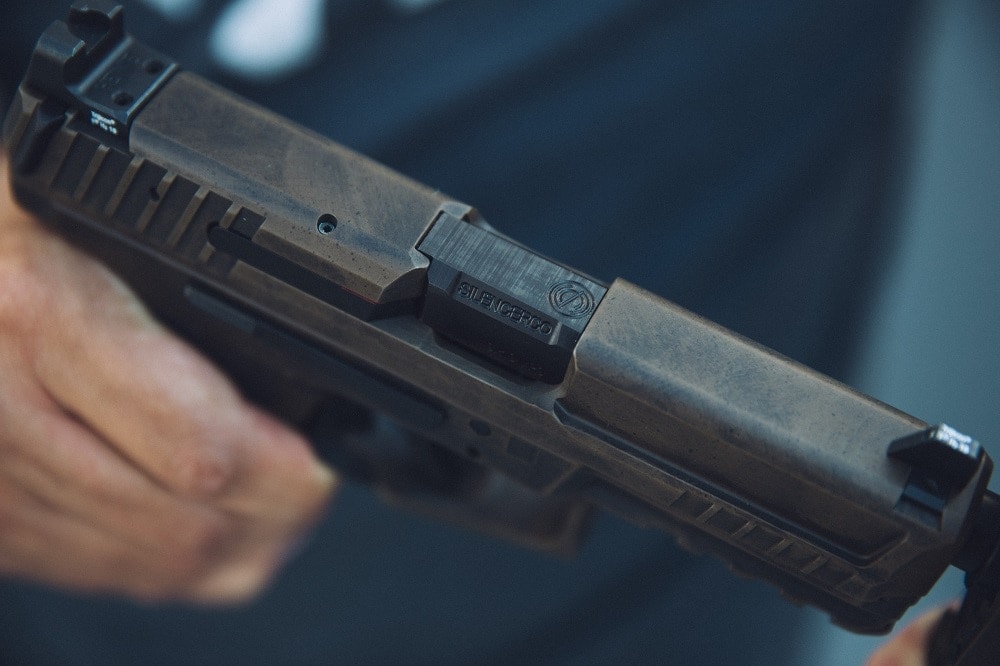 Pair it with a SilencerCo barrel 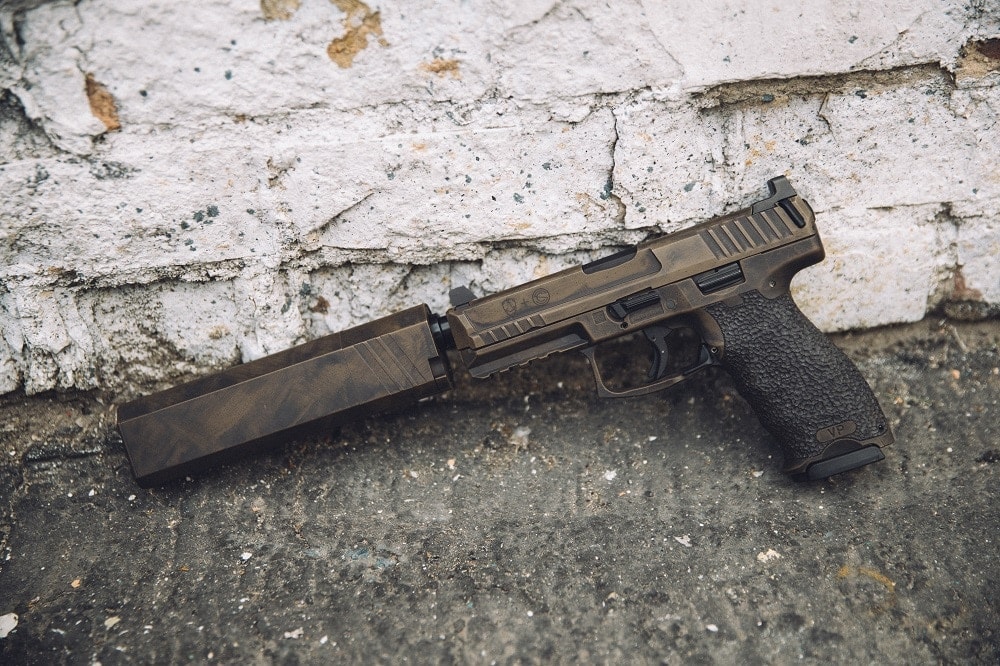 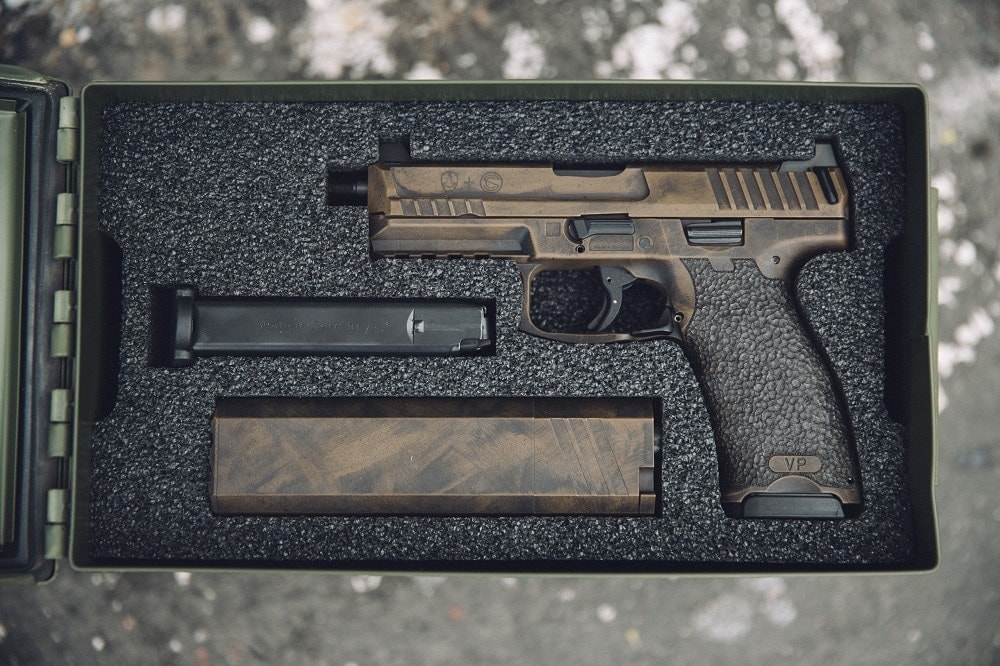 Throw in a matching ammo can 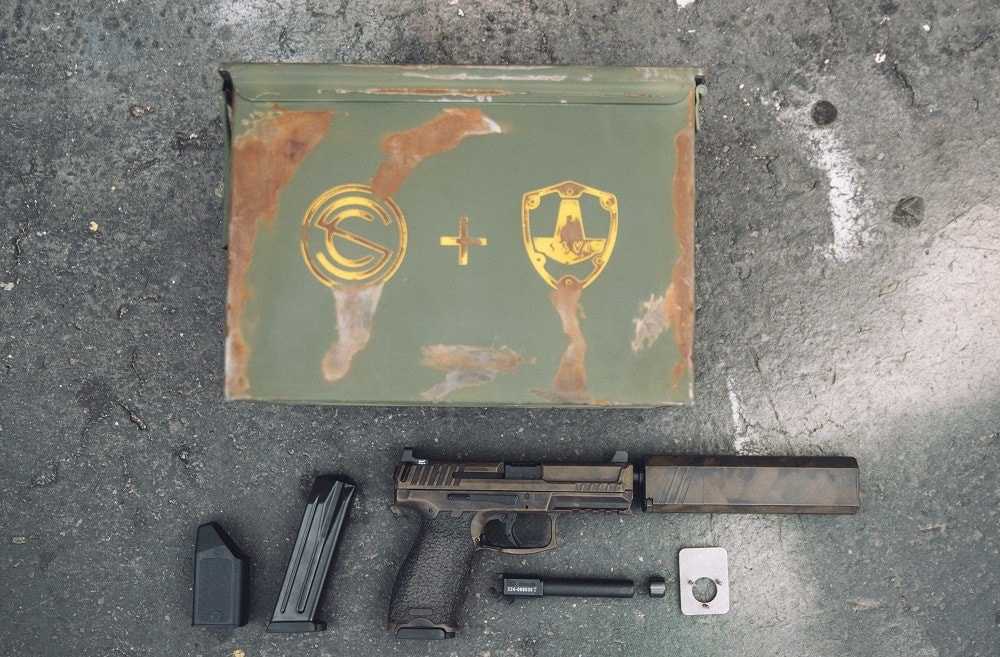 All the standard accessories 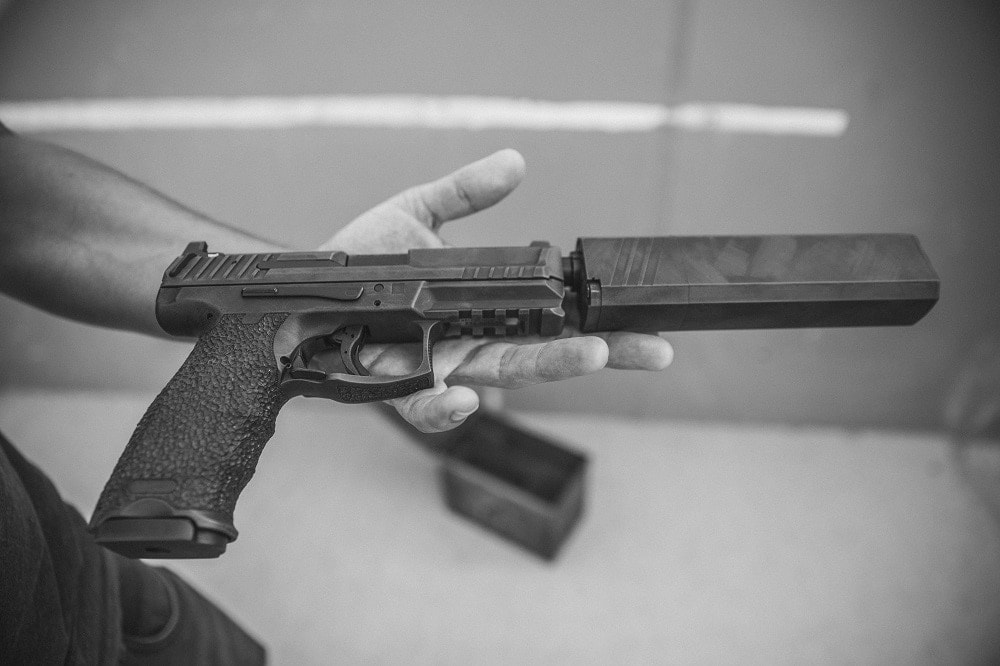 And you have a package 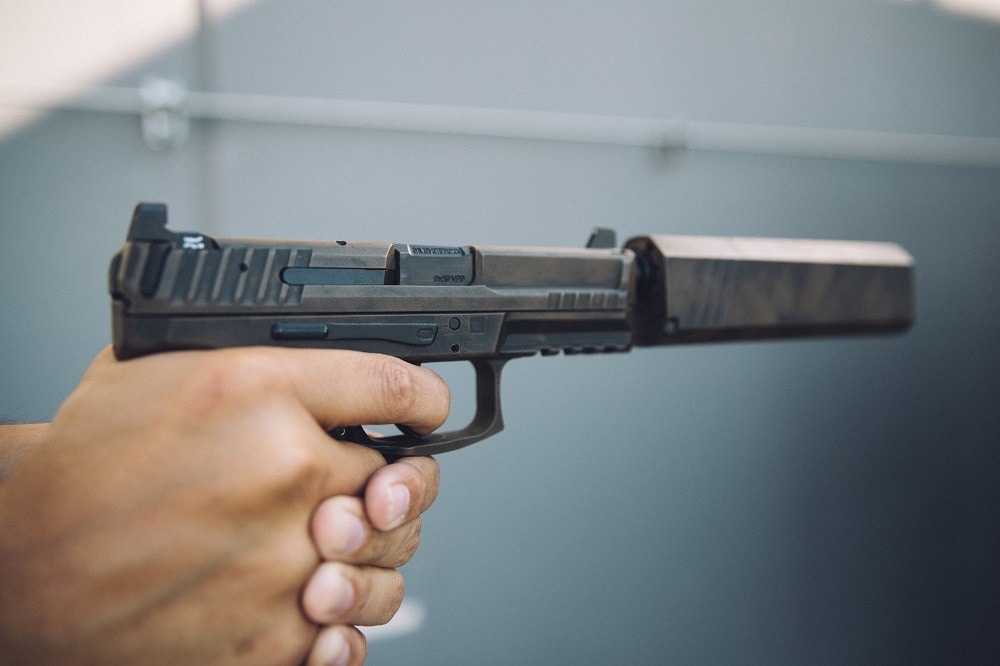 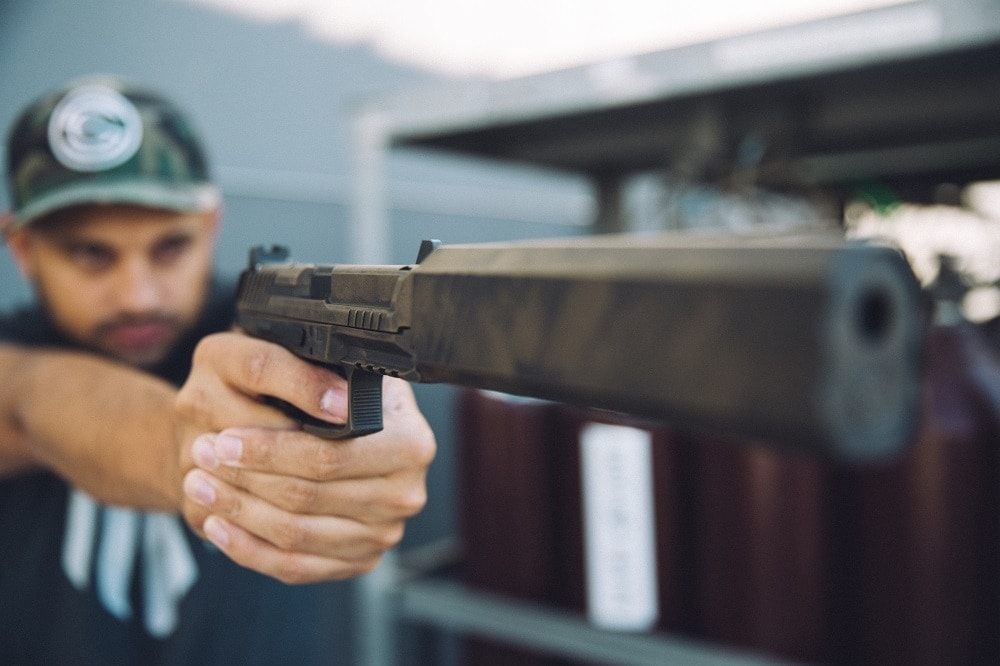 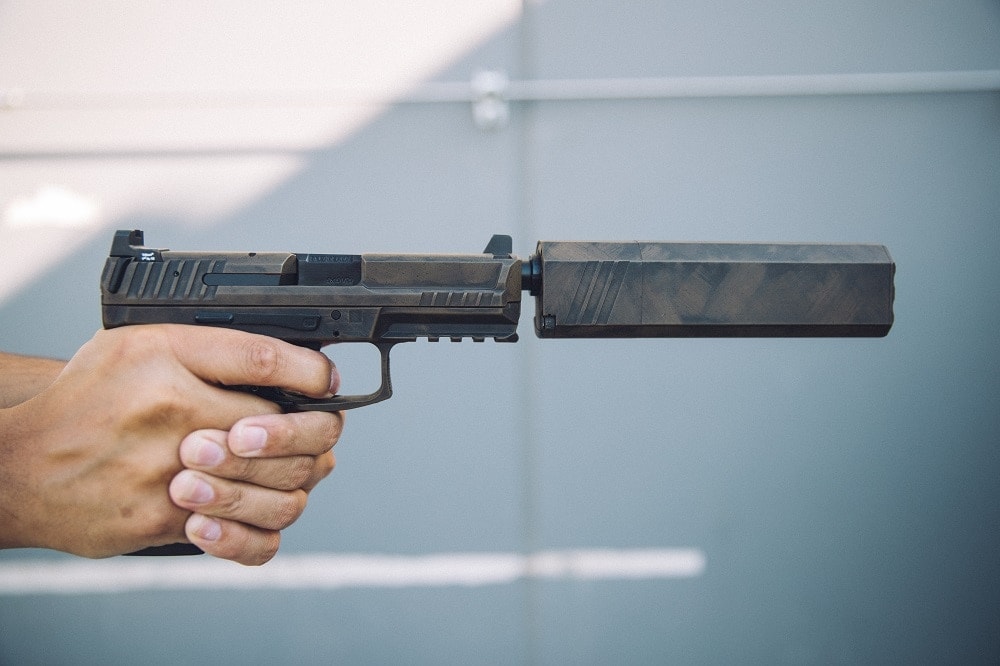 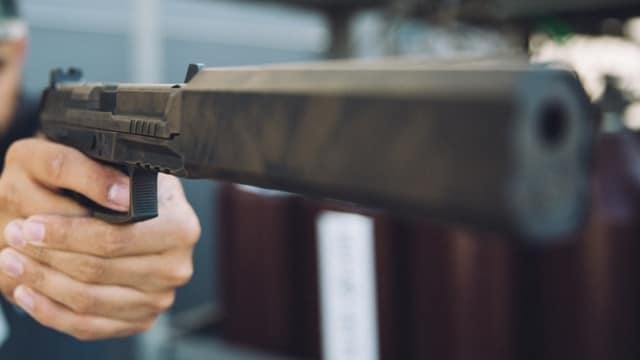 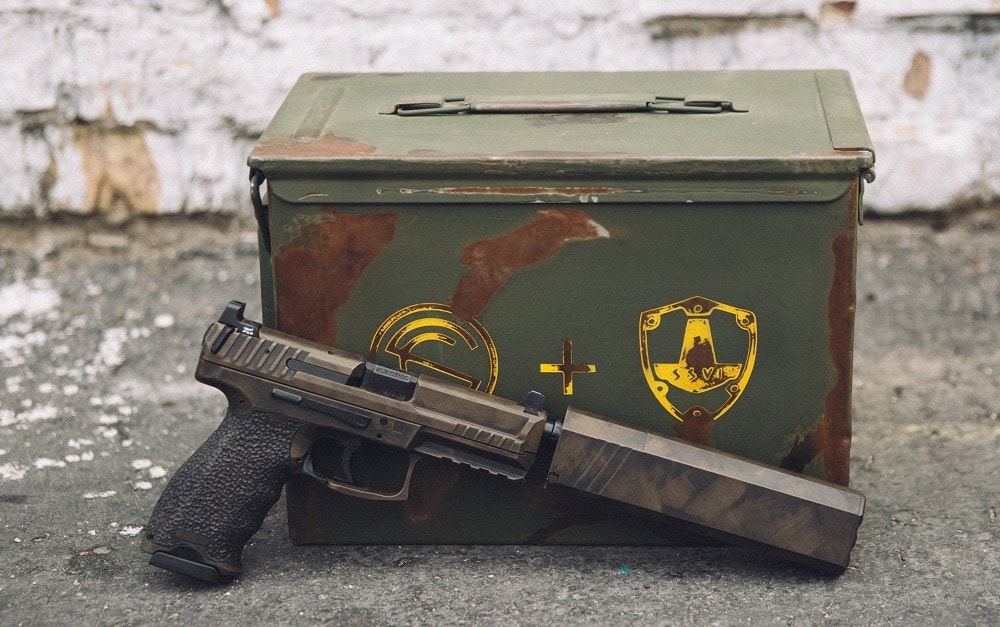 Hey, you gotta pay to play, especially if your pop isn’t Odin.