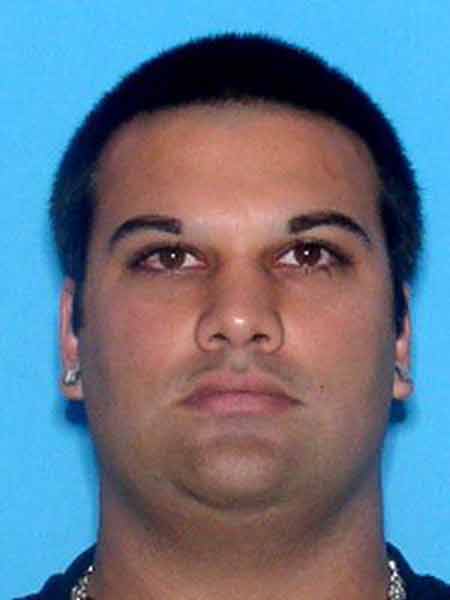 Two and a half days after a Florida mosque was intentionally set on fire, authorities have a suspect in custody, the St. Lucie County Sheriff’s Office announced Wednesday.

Multiple 911 calls came in around midnight Tuesday when passersby noticed a fire at the Fort Pierce Islamic Center, the mosque where the Orlando nightclub shooter once worshipped. No one was injured, but the suspect was captured on surveillance camera. Still shots of the suspect were posted to the St. Lucie Sheriff’s Office social media accounts and as news of the fire spread, authorities gathered additional video from nearby businesses and residents.

The sheriff’s office said in a statement that tips from the public led them to the suspect, who was identified as 32-year-old Joseph Michael Schreiber of Fort Pierce.

“A search warrant was obtained and a search of Schreiber’s house was conducted that revealed Schreiber owns a motorcycle consistent with the surveillance video footage,” said Major David R. Thompson, director of Law Enforcement. “Other evidence collected also linked Schreiber to the arson.”

Schreiber, who was previously known to law enforcement and has prior convictions, was taken into custody without incident. He was charged with second-degree arson, but stacked with a hate crime charge, bumps the arson to a first-degree felony. He is being held in the St. Lucie County jail without bond.

If convicted, Schreiber could face up to 30 years in prison for the arson charge, but due to his prior criminal history and status as a habitual offender, he is looking at a mandatory minimum 30-year sentence and could ultimately face life imprisonment.

Thompson said those involved in the case worked tirelessly and thanked them for their efforts.

“Because of their hard work, dedication, attention to detail and commitment to serving our community, this case was solved rapidly, efficiently and effectively,” Thompson added. “We also thank the members of the community who provided tips and offered their surveillance video solidifying this case.”

A $5,000 reward was offered for information leading to the arrest of the suspect. There’s no word yet on whether that reward will be dispersed.