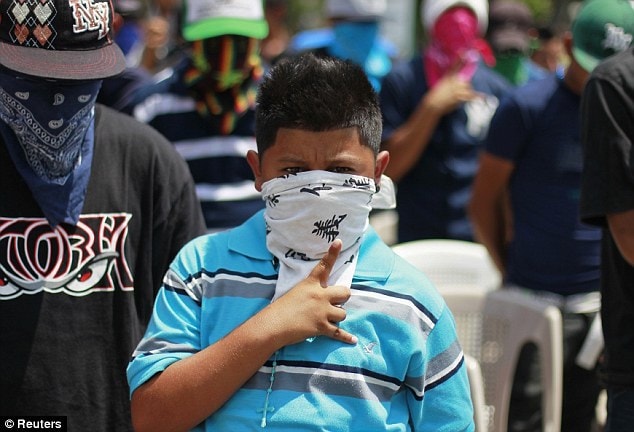 Hispanic and African Americans between the ages of 12 and 24 are the biggest targets of gang recruitment. (Photo: Reuters)

The Justice Department this week awarded more than $5 million in grants to local and state authorities across the country in support of efforts to combat gang violence in a plan called Project Safe Neighborhoods. But what kind of “gangs” does the project target?

The federal government has taken to adopting something more akin to a dictionary’s definition of a gang to mean three or more individuals who adopt a group identity to carry out criminal activity. But it turns out, local, state and even federal agencies have different definitions for the term.

To bring stronger focus to policing strategies, law enforcement agencies will categorize gangs by type and criminal behavior rather than applying an all-inclusive definition, but when talking about gangs plaguing cities and suburbs, they’re more or less referring to “street gangs” made up of disenfranchised youth, according to the National Gang Center.

Youth streets gangs are mostly comprised of Hispanic and African-American males between the ages of 12 and 24. Large, urban cities such as Chicago and Los Angeles breed the perfect socio-economic conditions for young gangsters. Living in poverty and lacking positive relationships and role models, teens find the lure of money, respect and loyalty tempting.

Adopting hand symbols, signs, style of dress and even mannerisms, the show of unification through identifying gestures and attire is one of the most important characteristics in gang membership. This outward display also fosters a sense of community in a group of individuals who largely join to feel like they belong.

Once thought of as large, organized units formed to carry out criminal enterprises, street gangs have devolved. With fewer members, they tend to operate with a loose structure, informal codes and function on behalf of cyclical violence rather than money-making schemes.

In the past, drugs dominated gang activity. However, law enforcement agencies across the U.S. in 2011 and 2012 reported a new trend — violent crimes. With nearly half of reporting agencies indicating an increase in violent crimes, assault took the second spot right behind drug sales as a popular pastime for gang members.

In addition, the National Gang Center estimated 13 percent of all homicides in the U.S. in 2012 were gang-related. In “gang capitals” Los Angeles and Chicago, gangs account for half of all homicides.

Violence begins almost immediately for new recruits who must pledge their allegiance in a demonstration of loyalty. Initiations often come in the form of brutal assaults and in some cases murder.

Brutality continues in the form of disputes over key areas called “turf wars” and grudges that run deep, regularly ending in retaliation hits.

“A guy could’ve shot someone five years ago, and they went to prison, and now they’re out of prison, and they’re shot at because the gang doesn’t think that justice was served,” Minneapolis Lt. Jeff Rugel told the Minneapolis Star Tribune.

With more gangs turning to social media to threaten and intimidate, wars often begin on the pages of Facebook and end on the bloody concrete.

“The Internet does more for a gang’s brand or a gang member’s identity than word-of-mouth could ever do. It really gives the gang a wide platform to promote their reputations,” David Pyrooz, an assistant professor at Sam Houston State University who researches gangs and social media, told the Associated Press.

“They can brag about women, drugs, fighting … and instead of boasting to five gang members on a street corner, they can go online and it essentially goes viral. It’s like this electronic graffiti wall that never gets deleted,” he said.

A priority for local law enforcement, federal and state resources are now being funneled towards standing up education and prevention based initiatives to create a comprehensive approach to the growing gang problem.

“In the streets, reason and logic don’t always win,” Allen told South University. “It’s very challenging. It takes a skilled person to implement programs of peace in these communities. That person has to be instilled in the game and know the situation.”

The Justice Department donates funds annually to Project Safe Neighborhoods in order to combat gangs and the gun violence that often accompanies them. The initiative teams local, state and federal officers with communities to implement enforcement, intervention and prevention strategies.

In 2003, the Office of Juvenile Justice and Juvenile Delinquency Prevention launched the Gang Reduction Program. Through education, research and intervention the program targets individuals, families and community factors that lead to gang activity and juvenile delinquency.

By leveraging both state and local resources, programs like Project Safe Neighborhoods and the OJJDP’s Gang Reduction offer at-risk families access to early college awareness and literacy initiatives, after school programs, prenatal and infancy support, mentoring of kids in the target age group of 10 to 14 and gang awareness training for schools. In some areas additional support such as group counseling, vocational training, tattoo removal and anger management courses are also provided to gang members.

As gang turf wars increase and the body count rises, law enforcement agencies across the U.S. hope the pledging of funds and resources will turn the tide on street violence.