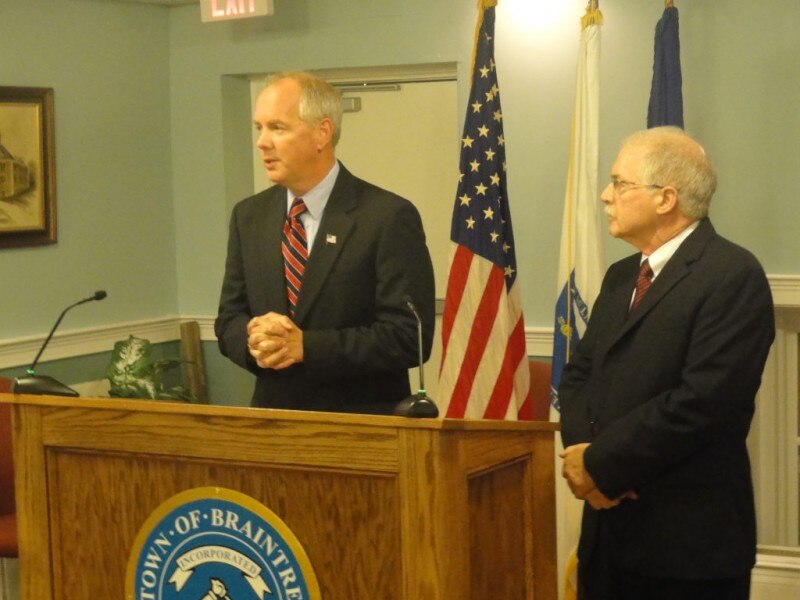 Braintree town officials said during a press conference Wednesday some $408,000 in cash, 60 firearms and more than 4,700 pieces of narcotics evidence collected between 1999 and 2016 by the town’s police department are missing from its evidence room.

“I find the auditor’s report of unaccounted for items and poor record keeping practices by the police department to be deeply troubling and unacceptable,” said Braintree Mayor Joseph Sullivan. “The audit makes clear there were significant administrative errors in the handling and storage of evidence by the department. New protocols and procedures on the handling and storage of evidence have already been established.”

The audit says investigators found two firearms — a.40-caliber Glock Model 23 pistol and a .25-caliber Beretta handgun — at Zopatti’s home in June, the latter of which was still recorded as being stored in the department’s evidence room. Electronic police records indicate the pistol should have been returned to its original owner.

“There is either a serious record keeping error regarding firearms or a need to immediately look into this matter,” the auditor writes in the official report.

Jenkins released a statement Wednesday saying all but $140,000 in cash and roughly 12 firearms have been accounted for since the audit wrapped up last month.

He says many of the still missing items may have been destroyed in evidence room “purges” in 2009 and 2012 — though auditors say Zopatti did not properly document these purges or remove tossed evidence from the computer system.

The Patriot Ledger reports issues with the department’s evidence room forced prosecutors to drop charges in six cases, so far. The audit uncovered compromised evidence in another 55 drug cases.

A spokeswoman for Healey’s office could not comment on the case Friday.