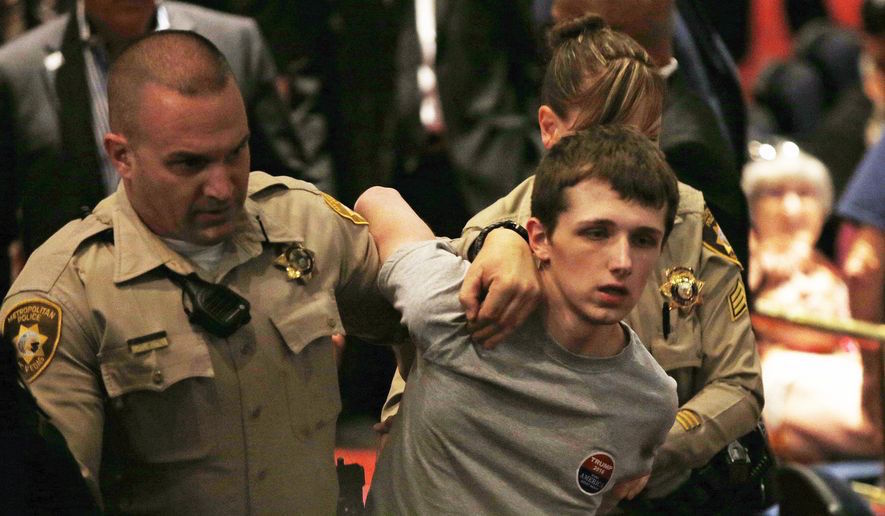 Michael Steven Sandford, 20, pleaded guilty to being an illegal alien in possession of a firearm and disorderly conduct at a government function.

Investigators say Sandford turned up at gun store Battlefield Las Vegas a day before Trump’s rally at Treasure Island casino. While at that gun range, Sandford rented a 9mm Glock pistol and shot approximately 20 rounds at a paper target before abruptly leaving the shop.

On Jun. 18, Sandford showed up at the casino and approached a Las Vegas Metro police officer, identified in court filings as A.J. He asked if he could get Trump’s autograph and as the officer answered Sandford reached for the officer’s pistol.

Grabbing the Glock with both hands Sandford attempted to remove the handgun from the holster, but was unsuccessful. Both Las Vegas police and Secret Service agents responded to the scene where Sandford was placed under arrest.

Sanford moved stateside to live with an American girl in New Jersey, but overstayed his visa and was living out of his car at the time of the incident.

His parents told local reporters their boy suffers from Obsessive Compulsive Disorder and Asperger’s Syndrome and isn’t capable of violence.

“He’s never shown any violent tendencies before, he’s never been a bad person, he’s a nice kid and literally wouldn’t hurt a fly – he used to tell us not to use fly spray because he didn’t want any flies to die,” Paul Davey, Sandford’s father, told MailOnline.

Sandford faces a maximum penalty of 10 years for each charge as well as a $250,000 fine. Sentencing is scheduled for Dec. 13.