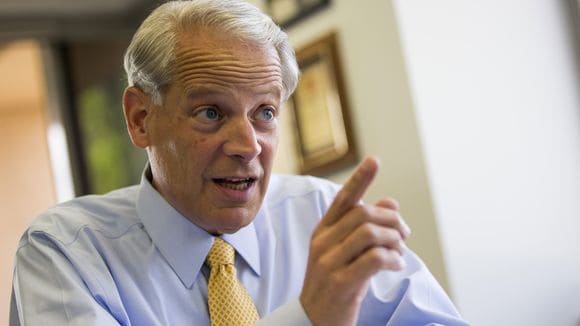 Rep. Steve Israel (D-NY) introduced a bill on the House floor that would limit those with a juvenile criminal record from ever owning a firearm. (Photo: Evan Vucci, AP)

A new bill hit the House floor late last week that would affect potential gun owners with a prior, juvenile criminal record.

The bill, H.R. 6052, introduced by Rep. Steve Israel (D-NY) to the House Committee on the Judiciary would amend the federal firearms code to “prohibit possession of a firearm by persons adjudicated to committed violent juvenile acts.”

Under current federal firearms code, adults previously convicted of a juvenile violent act — physical violence, burglary, arson, extortion— in which they would have received a sentence of one year or more are prohibited from purchasing a gun under the code.

The proposed bill would ditch the one year requirement, meaning that any juvenile violent offense would prevent individuals from future gun ownership.

Under the federal process, minors attend adjudicated hearings in front of a judge in lieu of a trial before their peers. Depending on the specifics of a case, juvenile records can be sealed or expunged once the individual meets set-forth conditions and turns 18. If erased, it’s as if the arrest never happened and individuals may legally buy, possess and carry firearms in adulthood as they are no longer considered felons.

Israel, who holds a ‘F’ rating with the National Rifle Association, previously supported other gun control legislation, targeting 3D gun printing. In 2013, he attempted to add verbiage to the Undetectable Firearms Act that would eliminate fully plastic 3D guns. His addition did not pass.

The congressman also participated in the much-publicized Democratic sit-in back in June. The sit-in sought to force Republicans into precluding gun ownership for Americans placed on the Transportation Security Administration’s no-fly list.

“House Republicans have absolutely no defense on the issue … and we intend to use every single tool in our toolbox to force and even shame House Republicans into making it harder for terrorists to kill Americans,” Israel told Politico during the sit-in.

Israel and his compatriots made little progress on the issue, eventually ending the sit-in.

Israel is on the tail end of his Congressional run, choosing to retire at the end of 2016 instead of vying for re-election.