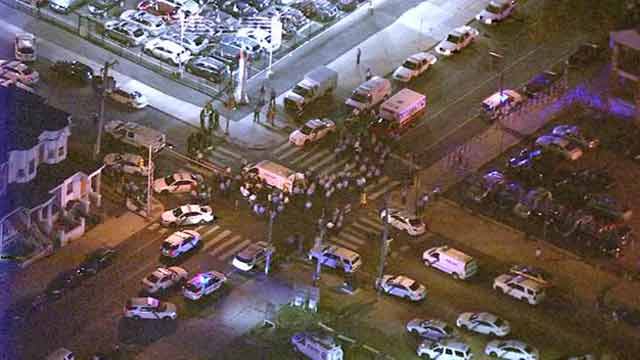 Philadelphia Police Commissioner Richard Ross called the incident one of the most violent acts seen by the city in a long time. (Photo: ABC)

A shooting rampage in Philadelphia Friday night left five people injured — including two police officers — and one dead before the gunman was fatally shot by police.

The rampage, which lasted less than half an hour, started around 11:18 p.m. Local reports say the suspect, Nicholas Glenn, first targeted 46-year-old Philadelphia police Sgt. Sylvia Young as she sat in her patrol car. Glenn fired at Young, a 19-year veteran of the department, a total of 18 times at close range with a 9mm handgun. Young was struck in the shoulder, arm and torso. Numerous rounds struck Young’s bullet-proof vest and her service weapon, which was subsequently disabled. Young was rushed to the hospital and is expected to survive.

Police quickly responded to the scene, but Glenn gave chase, making his way to a local bar where he fired about five shots inside. The 42-year-old bar manager was struck in both legs and the 41-year-old bartender was shot in the ankle. Both are expected to be okay.

Glenn continued to give chase and while fleeing from authorities approached a Nissan Altima. He fired inside the vehicle at the two occupants, a 36-year-old man and a 25-year-old woman. The man was struck in the arm and expected to recover, while the woman was shot multiple times in the chest. Despite efforts to save the woman, she was pronounced dead shortly after being rushed to a local hospital.

Glenn continued to give chase and an exchange of gunfire left Officer Ed Miller injured. Glenn was eventually cornered in an alley and shot by the police. He was pronounced dead at the scene. 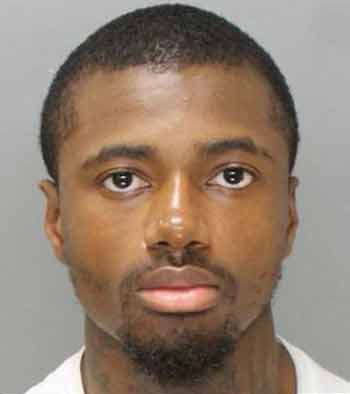 Nicholas Glenn wrote a hate-filled letter titled “Doomed People,” which authorities say was actually more about himself than others. (Photo: ABC)

Authorities said they recovered a letter written by Glenn, who was said to be well-known by police with a “significant past.” The letter was titled “Doomed People” and expressed hatred toward law enforcement, particularly toward his probation and parole officers.

“He was hell-bent on hurting a lot of people,” said Philadelphia Police Commissioner Richard Ross. “We still aren’t absolutely clear as to why.”

Glenn fired more than 50 shots during the rampage, but Ross called the officers’ actions “absolutely remarkable” and the restraint they used “nothing short of miraculous.” Ross called the incident horrific.

“He carried out one of the most violent acts in Philadelphia we’ve seen in a long time,” the commissioner said of Glenn.