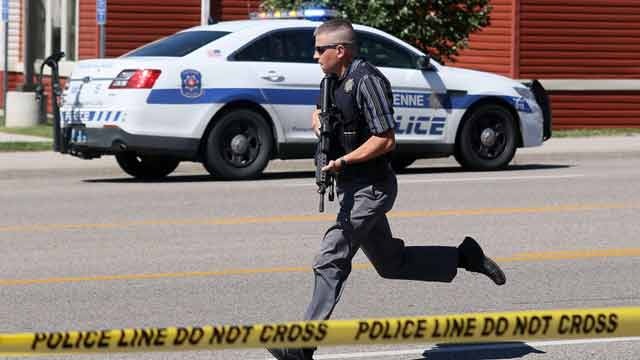 Three people were injured and one killed after a 77-year-old man opened fire at a common area in a senior living apartment complex in Cheyenne, Wyoming, last week.

Friends of Larry Rosenburg said he had recently become increasingly distant, isolated and angry over regular poker games that were occurring at the facility.

“His problem really was that damned poker gambling. That was it. That was all he complained about,” said Mary Eastman, Rosenburg’s friend.

But Rosenburg wasn’t the only one upset over the poker games either.

“Sunday, Monday and then Wednesday,” Eastman said. “That’s too much. To haul them people in we don’t even know. We don’t want to know them. No, we don’t. They’re taking up our space. Sleeping on the sofa. Sleeping on the recliner.”

Eastman said she was on her way out for some shopping on the morning of the shooting when Rosenburg handed her a letter. She set the letter down in her apartment to read later, then went on about her day. But when she returned home after shopping, the shooting had already occurred and the complex was surrounded by law enforcement.

Eastman later learned that after the shooting, Rosenburg took his own life as police closed in on him. The letter, which is now in the possession of the police department, expressed immense anger over the poker games. She said they enjoyed spending time together, but had become distant in recent months with Rosenburg’s standoffish actions.