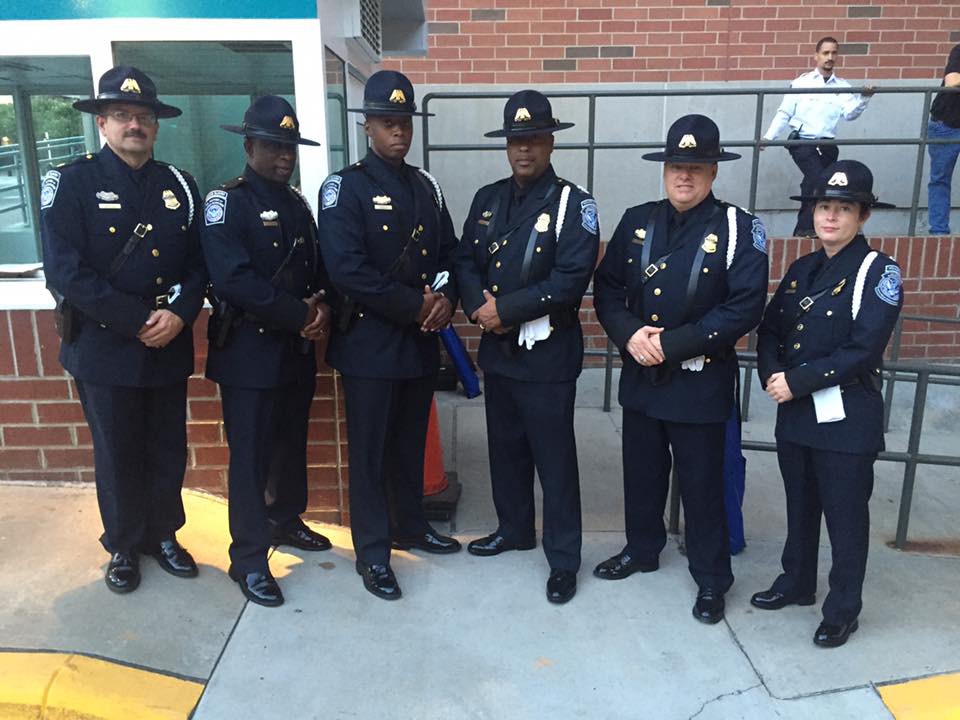 An arena in North Carolina barred federal agents from participating in an opening ceremony at a bull riding event Friday over the building’s no-gun policy.

Professional Bull Riders chief Sean Gleason said he nearly cancelled the event after officials at the The Spectrum Center in Charlotte refused to allow nine armed U.S. Customs and Border Protection color guards inside the building.

Gleason said the agents were at the event to carry the flag into the arena for display during the National Anthem.

“The building was not going to allow federal agents of the U.S. government, in uniform, working in an official capacity and on the clock in to the building with their firearms. I was told that was building policy,” he wrote in a Facebook post Saturday.

“As Federal Agents working in an official capacity, they are not allowed to ‘surrender’ their firearms to anyone, especially a security guard working at an arena in Charlotte, NC!! That included the color guard who were presenting the American flag to our fans for the anthem,” he added.

Gleason said he spent 90 minutes arguing with lawyers and the arena’s general manager over the policy — a “runaround” he said involved “the most insane arguments and reasoning I have ever heard.”

“It seemed very clear to me after 1 1/2 hours that this was a situation in which a ‘policy’ that has merit on the surface was being used to go beyond both reason and the law to force an agenda,” he wrote.

Gleason said one minute before he planned to cancel the event, staff arranged for a Charlotte police officer to accompany the federal agents into the building for the ceremony.

“And the irony is, the federal agents could have required the Charlotte police officer to surrender his weapon to them,” he said. “I need to note that the Charlotte police were as ‘baffled’ by this policy and situation as we were. They would not and could not ask federal agents to surrender their firearms to them. They were exceptionally professional.”

Spectrum Center officials could not be reached for comment Sunday. Weapons, including guns and knives, are listed as prohibited items on the Spectrum’s website.