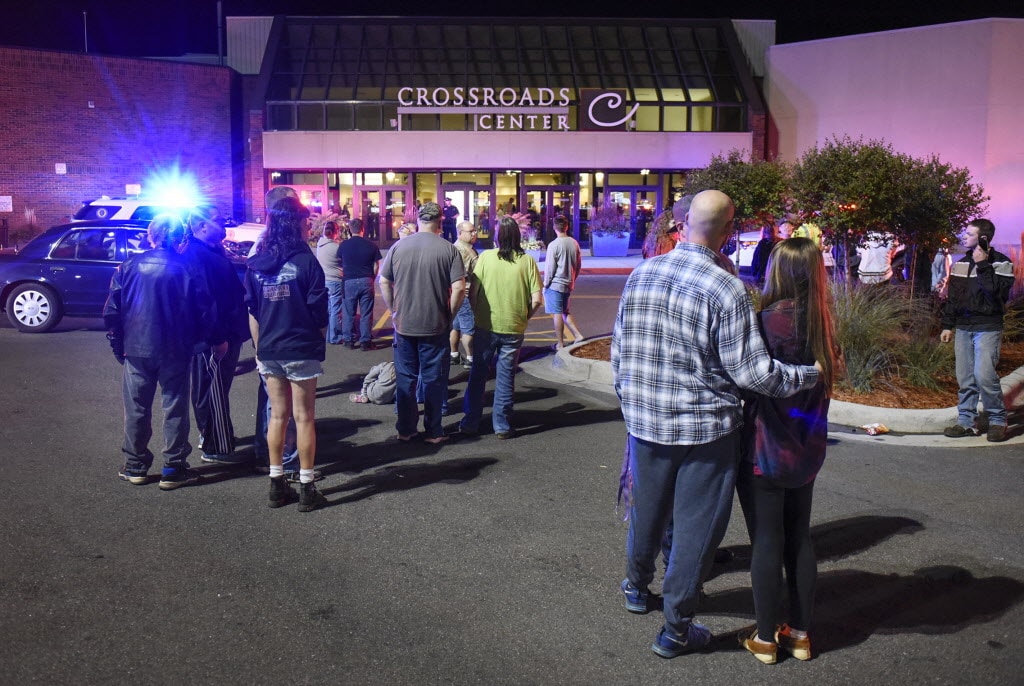 Shoppers stand near an entrance to Crossroads Mall where a man stabbed nine people before an off-duty cop shot and killed the suspect. (Photo: Dave Schwarz/Associated Press)

A Minnesota man was fatally shot by an off-duty police officer after stabbing nine people in a Minnesota mall Saturday.

The incident began around 8 p.m. inside the Crossroads Mall in St. Cloud. According to Chief of Police Blair Anderson, the suspect entered the mall wearing a private security uniform and armed with a kitchen knife.  He began attacking shoppers, asking at least one victim whether they were a Muslim and referencing Allah.

At some point inside the mall the suspect, identified as a 22-year-old college student by his father, lunged at part-time, off-duty cop Jason Falconer. Falconer, who had been shopping at the time of the stabbings, drew his firearm and fired shots at the suspect. The attacker fell to the floor but got back up at least three separate times before succumbing to his injuries.

Anderson praised Falconer for his quick actions that stopped the attack and saved lives. “He clearly prevented additional injuries and potential loss of life,” he told reporters. “Officer Falconer was there at the right time and the right place.” 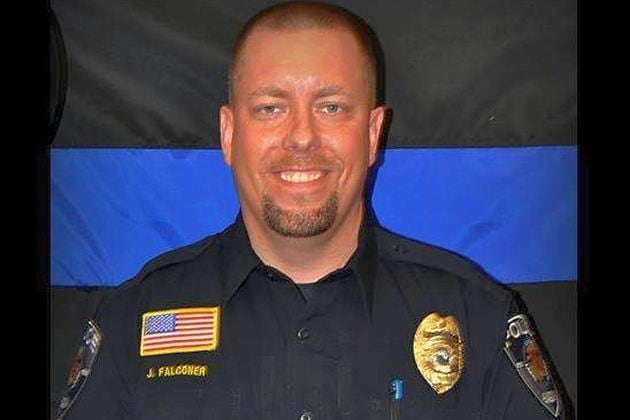 Jason Falconer stopped the knife-wielding suspect after the attacker lunged at Falconer while he was shopping inside the mall. (Photo: Avon Police Department)

Though the Islamic State has taken credit for the attack in a statement, authorities in St. Cloud there’s no indication the suspect had direct communication with the terrorist organization. ISIS has encouraged “lone wolf” attacks and has claimed past attacks that are not thought to have been orchestrated by its central leadership.

The Federal Bureau of Investigation is working alongside St. Cloud police to determine the extent of the attacker’s relationship with the terrorist organization.

“We are currently investigating this as a potential act of terrorism,” FBI Special Agent Richard Thorton told reporters at a press conference. “We do not at this point time know if the suspect was in contact with, had connections with, was inspired by a foreign terrorist organization.”

Chaos inside the mall

Sydney Weires was inside the mall when the incident occurred. She told the St. Cloud Times that as she and friends were walking down a hallway, they heard a scream.

“I saw this security guard sprinting down the hallway toward Target,” said Weires. “He was yelling, ‘Call the cops! Call the cops!’”

Later she said she saw two men covered in blood urging shoppers to clear the building.

“He was screaming at us, ‘Get the F out!’” she said about one of the blood-drenched men.

Danny Carranza was at a play area near Macy’s with his children when the attack began.

“People came running around the corner and I freaked out because I thought it was a terrorist attack or something because I saw a lot of people, so I grabbed my kids,” he said. “I ran as much as I could and I heard someone yell ‘Stop! Stop!’ As soon as the door shut I heard gunshots.”

Carranza and his children made it out; but his wife was still inside the mall hours later as police locked down the facility to investigate and question witnesses.

Though the attacker claimed no lives, three of the nine victims remained hospitalized on Sunday for non-life threatening injuries.