A blatant attack aimed at three Phoenix police officers was captured on surveillance video outside of a gas station Tuesday. The suspect’s weapon of choice? A car. 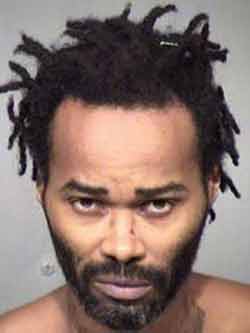 The three officers are seen standing next to a marked patrol car outside of the convenience store when the suspect, 44-year-old Marc LaQuon Payne, circles around the parking lot. Payne then positioned himself and hit the gas, plowing into the officers with such force that one was forcefully thrown into the air several feet.

Two of the officers, including one who was on his first day of duty, were seriously injured by the impact. The third officer, though he narrowly escaped the vehicular attack, was injured as he struggled to place Payne in custody.

Phoenix Police Chief Joe Yahner said there was no doubt the officers were targeted and he is “outraged” by the incident.