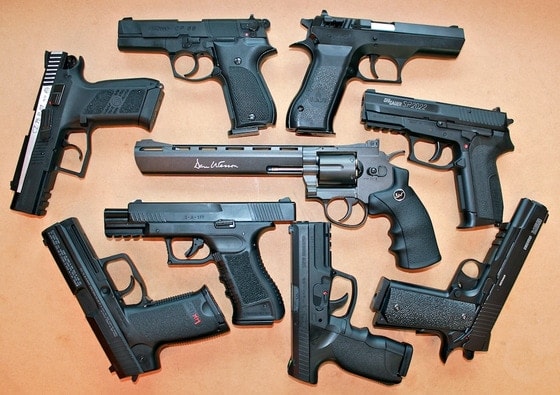 A Baltimore City Council member introduced a replica gun ban Monday criminalizing the possession of any toy or imitation weapon “that can reasonably be perceived to be a real firearm.”

Councilman James Kraft told The Baltimore Sun he sponsored the legislation “to protect the city’s youth.”

In April, city police officers shot 14-year-old Dedric Colvin in the shoulder and leg on a street in East Baltimore. Colvin was carrying a BB gun officers said resembled a semiautomatic pistol.

Similar incidents have unfolded across the country. Last week police officers in Columbus, Ohio, shot and killed 13-year-old Tyree King after the teen pulled a BB gun from his waistband during questioning over a reported armed robbery in the area.

“The easiest way to resolve this is to get the replica guns off the streets,” Kraft said Monday.

The bill punishes possession of replicas — including BB guns, air rifles and pellet guns — with a $250 fine for first offenses and a $1,000 fine for all subsequent offenses. Repeat offenders who are caught more than twice with the replicas face a misdemeanor charge and a maximum 30-day jail sentence. 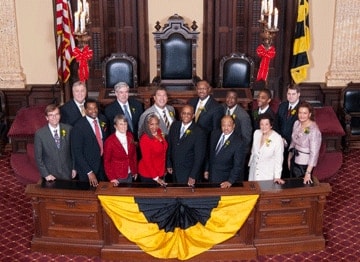 Eight council members, including President Bernard C. “Jack” Young, support the measure “because it boils down to trying to save lives.”

“The sentiment behind it is pretty clear,” said Lester Davis, Young’s spokesman, in an interview with The Baltimore Sun. “This gives the police another tool to make sure we protect kids.”

Anthony McCarthy, a spokesman for Mayor Stephanie Rawlings-Blake, told the newspaper the mayor likes the bill, but wants “to hold manufacturers and those who are responsible for the point of sale accountable, and not families and especially our children.”

T.J. Smith, a spokesman with the Baltimore Police Department, echoed the mayor’s sentiments.

“More additional conversation will go into it being crafted for the final bill,” Smith said. “Right now, [the bill is] about the person who possesses it as opposed to the people who sell it.”

“How about we put more money into education and training officers instead of just the militarization of local police departments and making statutes that could lead to citations on the people?” Toure said in a statement Tuesday through his spokeswoman Jeannine Cook. “What about the VAST amount of toy gun sales during holiday season? That’s bad business that doesn’t address the actual problem. This type of overreaching by law makers and politicians doesn’t solve poor training or firearm safety breaches, it just penalizes the citizens. And that’s just plain old backwards.”

James England, a contributing editor at Concealed Nation, criticized the bill in editorial Monday for punishing responsible people “who had no intent of misusing those devices in the first place.”

“As we can’t outlaw stupid, we’re left with outlawing every single article or device that they could potentially get their hands on,” England writes. “Ostensibly this is to ‘protect the kids.’ The kids don’t need protecting. They need to be educated on reality. It doesn’t matter what TV show they watch or how much their parents don’t pay attention to them, if they threaten the life of another human being, that person is not obligated to make the distinction between a BB gun or real gun.”

“Age is no longer a factor the second a physical life is unlawfully threatened,” he added.