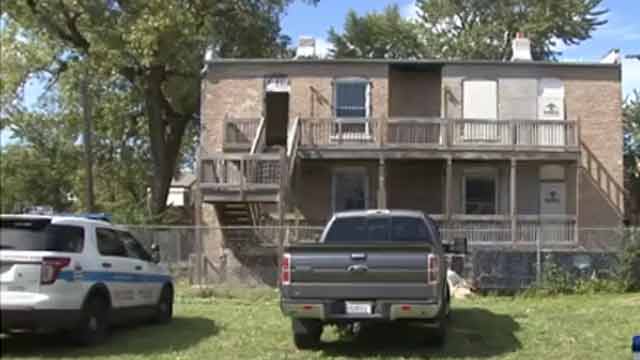 Neighbors defended the man’s actions and the right to protect what was his. (Photo: ABC)

Two youngsters are recovering from injuries they sustained after they broke into an apartment building in Chicago’s Woodlawn neighborhood Sunday morning.

The 61-year-old property owner, who did not want to be publicly identified, has been renovating the building for the last several months, trying to get it ready for new tenants, according to neighbors. But when he showed up around 8:30 a.m., he was startled to find the two youths had broken into the building. The man opened fire, striking both burglars.

Both of the boys – who were just 11 and 16 years old – ran away but were soon thereafter apprehended by authorities and taken to the hospital for medical treatment. The 16-year-old was shot in the back and arm, while the 11-year-old suffered from lacerations on his head. It’s unknown how the lacerations occurred.

Charges will be filed against the boys, who are both expected to survive but were identified because of their ages.

“He was in order,” neighbor Clay Coleman told reporters of the property owner shooting the youths. “This was his place. You have no right to come take something from someone else.”

Coleman said the man has been “putting his backbone” into the place for the last seven months.

“He is a good guy. He is a Christian brother. He goes to church,” Jackson added. “He tried to help a lot of guys in the neighborhood.”

Authorities confirmed the man, who was not injured, has a valid license to carry a concealed weapon and is not facing charges at this time.

He did not want to speak to reporters, but according to his family, he feels it was “an unfortunate situation” and hopes the boys, who burglarized his building will be okay.