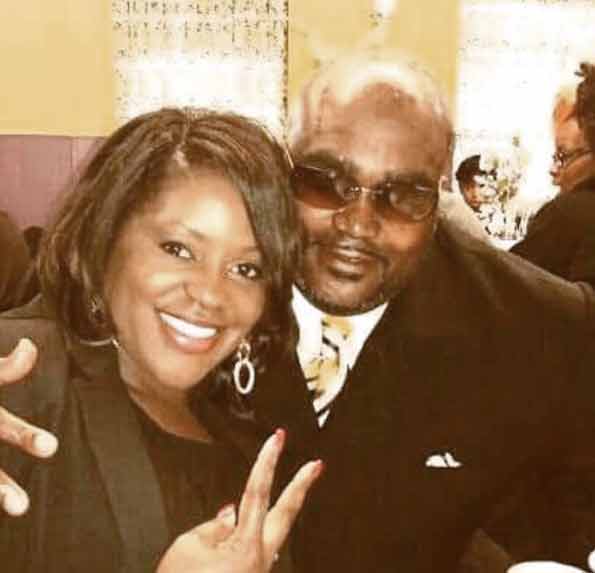 A 40-year-old man was shot and killed by a Tulsa police officer during a traffic stop Friday and, in an effort to remain transparent during the investigation, on Monday the department released dash cam footage as well as aerial video of the encounter.

Officer Betty Shelby, who has been with the Tulsa Police Department since 2011, responded to a call about what was believed to be an abandoned vehicle blocking the road. Scott Wood, an attorney representing Shelby, told Tulsa World when the officer arrived on the scene, the SUV was parked in the middle of the road with the engine running and the doors wide open. Wood said at that point, Shelby was unsure of what’s going on.

Shelby’s dash cam did not capture the encounter because she did not turn on her lights or sirens when she stopped, therefore her dash cam was not activated.

According to Wood, in the approximate two minutes before video was recorded by another responding officer, Shelby tried to question Terence Crutcher, but her questions went unanswered. Crutcher ignored Shelby’s inquiries, failed to follow her commands and repeatedly reached toward his pockets, despite repeated warnings not to do so, Shelby said.

Still not responding to Shelby’s questions and reaching toward his pockets, Crutcher walked toward the passenger side of the patrol car, at such time Shelby said she drew her service pistol and called for backup, noting that Crutcher was not complying with commands.

Shelby, who has completed training in drug recognition, said she believed Crutcher’s actions were consistent with someone under the influence of drugs, possibly PCP.

“He has his hands up and is facing the car and looks at Shelby, and his left hand goes through the car window, and that’s when she fired her shot,” Wood said, adding that Crutcher was mumbling incoherently and “had his head tilted down but eyes fixated” on Shelby.

When Crutcher got to the driver’s side door of his vehicle, his hands were no longer in the air, but the view of both cameras became obstructed. One of the backup officers deployed a taser almost at the same time Shelby, who did not have a taser, fired her service pistol and radioed that shots had been fired.

Crutcher, who had been shot a single time in the chest, dropped to the ground and laid there with no aid rendered for over two minutes. Officers finally check his pockets and, once cleared, began to administer aid.

No weapons were reportedly found on Crutcher’s person or in his vehicle.

Tulsa Police Chief Chuck Jordan agreed that the videos are “very disturbing” and “very difficult to watch,” but also assured the community, “We will achieve justice, period.” 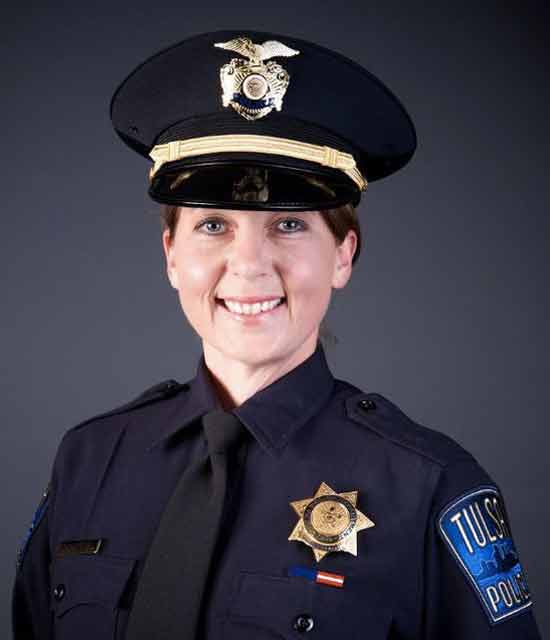 “There’s a lot of video that you can watch that there’s actually no question as to what you’re seeing,” he said, referring to previous instances of perceived police brutality. “This one leaves a lot of questions.”

District Attorney Steve Kunzweiler called the incident “tragic” while placing emphasis on the importance of a thorough investigation.

“We are a country of laws, and the rule of law needs to be adhered to,” Kunzweiler said. “Many people may want to have an outcome within a hair’s breadth, but it’s my responsibility to make sure that the facts fit the law, and I will do that.”

Likewise, City Councilor Jack Henderson said, “My hope is that we remain a strong city, a together city, and we don’t want to see things that happen in other cities here in Tulsa, Oklahoma.”

Henderson added he does not feel that anything will be “swept under the rug.”

Shelby was placed on administrative leave, as is standard protocol in officer-involved shootings, and the Department of Justice has opened a separate investigation into whether Crutcher’s civil rights were violated.