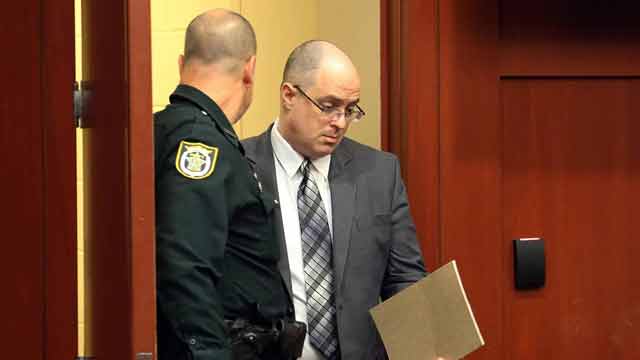 On Friday, a jury found the 37-year-old man who shot at George Zimmerman during a road rage incident in Lake Mary, Florida, last May guilty of attempted second-degree murder.

Zimmerman testified that he was on his way to a doctor’s appointment, minding his own business, when Apperson began to pursue him then pulled up next to him. Words were exchanged and Apperson fired several shots into Zimmerman’s truck.

“I heard a bang and my ears started ringing,” Zimmerman told the jury.

Apperson claimed he fired at Zimmerman in self-defense after Zimmerman first pulled a gun on him and threatened to kill him. Zimmerman maintained all along that never happened. Likewise, prosecutor Stewart Stone pointed out that there was no way Apperson could have seen through Zimmerman’s tinted windows to even know if he had a gun.

The bullets missed Zimmerman, but he was injured by flying bits of glass and metal.

Apperson also claimed that Zimmerman threatened him in a road rage incident in 2014, but Apperson declined to press charges at the time. Apperson pointed to Zimmerman as the aggressor in both incidents.