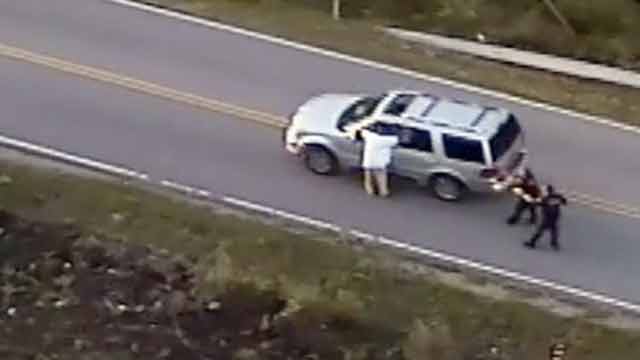 Homicide Sgt. Dave Walker, with the Tulsa Police Department, confirmed with local media Tuesday afternoon that PCP was found in the SUV driven by Terence Crutcher, the 40-year-old man who was shot and killed by a Tulsa police officer during a confrontation Monday.

The officer who fired the fatal shot, Betty Shelby, previously stated she believed Crutcher was under the influence of drugs, possibly PCP. Shelby has completed drug recognition training, which focuses on recognizing the actions of a person who is under the influence. Likewise, an officer who hovered above the scene in a police helicopter also commented that Crutcher may have been “on something.”

According to Shelby and other officers on the scene, Crutcher repeatedly ignored commands, would not respond to questions and was rambling incoherently in the moments leading up to the shooting.

Police did not say where in the vehicle the vial of illicit drugs was found, nor did they provide any additional information. A toxicology screening will be conducted as part of Crutcher’s autopsy.

Side effects of PCP use can include odd or erratic behaviors, slurred speech, loss of motor skills, hallucinations, detachment from reality, anxiety and panic.