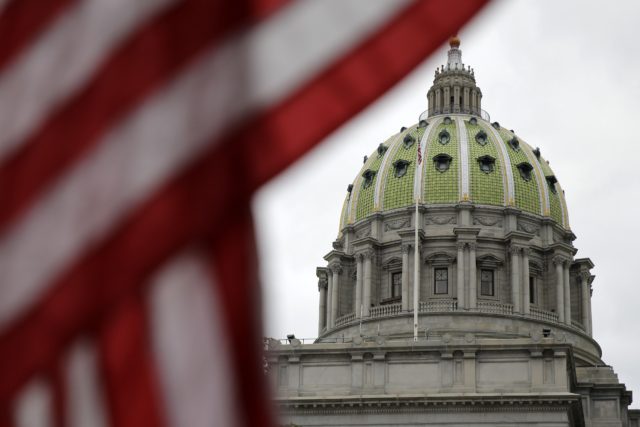 Legislation designed to prevent Pennsylvania municipalities from enacting firearm ordinances over and above state law advanced to the House floor Tuesday.

The bill, a near-identical reboot of Act 192 — the 2014 law struck down in state Supreme Court in June as “unconstitutional” — passed out of the House Judiciary Committee on a vote of 21-6.

“It was very clear why the courts threw Act 192 out,” said Rep. Mark Keller, R-Perry, the bill’s prime sponsor. “Not because of this particular law, but because of the single subject matter. That needs to be noted. The law itself is not unconstitutional. It’s the way it was put through.”

This time, the new version of the law, House Bill 2258, stands as its own piece of legislation.

Keller said HB 2258, however, includes one provision not present in Act 192 — it requires any individual or member organization provide the municipality a 30-day notice of its intent to sue so that local officials can repeal the gun ordinance in question.

“Being a past municipal official … I did not want the municipalities to feel it was one of those mentalities of ‘I gotcha,’” Keller said of the 30-day window.

With little more than month before lawmakers recess for last-minute campaigning ahead of the November election, however, Keller said he hopes the bill will make it to Gov. Tom Wolf’s desk.

Wolf, the Democrat who ousted Corbett just days after he signed Act 192, does not support the bill in its current form.

Keller told the Associated Press Tuesday he hopes the bill’s strong bipartisan support in committee — only five of 11 Democrats voted no — will translate into a veto proof majority on the House floor.

“Limiting a constitutional right, the bar should always be very, very high,” said Rep. Rick Saccone, R-Allegheny, before voting yes on the bill Tuesday. “Municipalities should not be able to preempt the state law and that’s what this bill corrects.”

Other lawmakers on the committee said Tuesday the law brings consistency to a current patchwork of contradictory local gun ordinances. Pennsylvania has more than 2,500 municipalities statewide.

“I think this bill is very much needed, very much wanted and I think it will pass overwhelmingly,” Saccone said.