New grenade under development for the Army will be ambi, adjustable 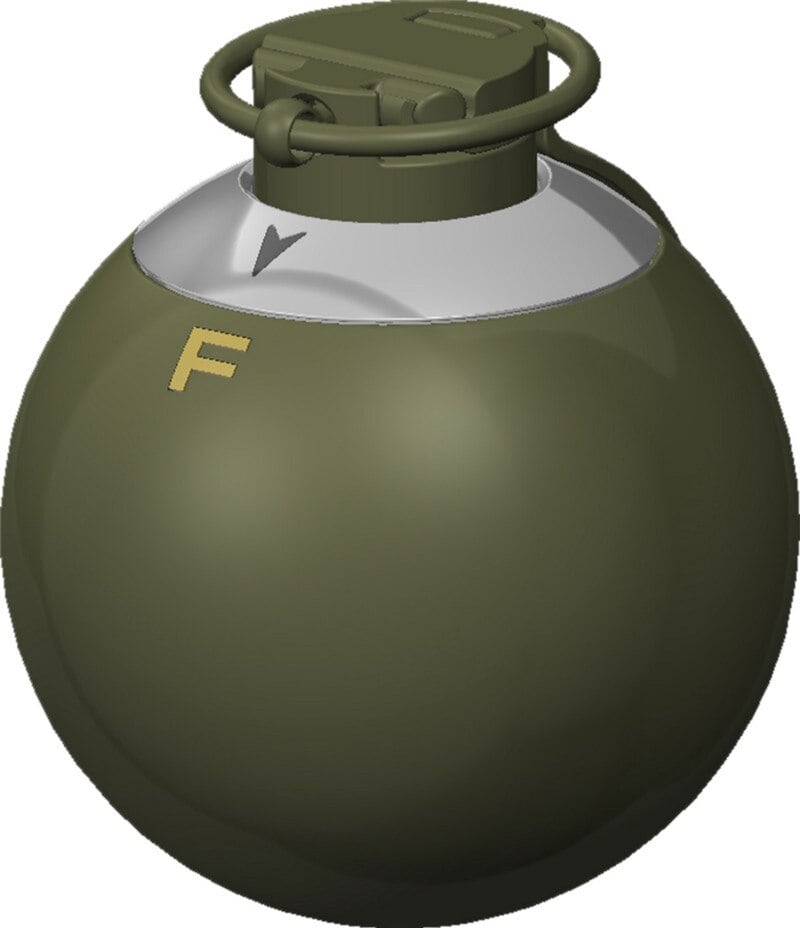 The fine folks at Picatinny Arsenal are coming up with a hand grenade for the 21st Century that is a lot safer to handle and gives some high tech options to the grunt end user.

The current arsenal standard, the M67 grenade, dates back to Vietnam and uses a pyrotechnic delay fuze to set off about 6.5 ounces of Comp B. The thing is, it’s right hand friendly –the pin that holds the spoon down is oriented to be pulled with the left hand, meaning southpaws are trained to hold the grenade upside down, such as thus: 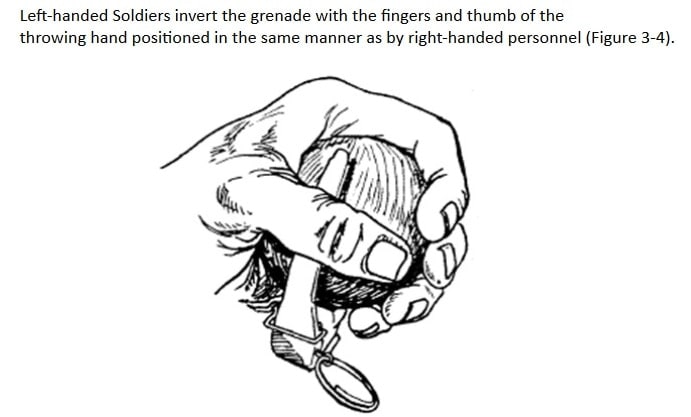 The new baseball that the Army could be pitching, some five years in the making, will use a fully electronic fuze that is accurate to the millisecond, has a top-mounted pin for easy access by both lefties and righties, and is multi-purpose (both fragmentation and blast overpressure through a flip of a switch– filling a gap left in the Army’s lineup when the MK3A2 concussion grenade was retired in 1975).

The Enhanced Tactical Multi-Purpose (ET-MP) hand grenade, best yet, will be considered completely safe until armed and will be the first Insensitive Munition-qualified lethal grenade in the Army’s arsenal.

“With these upgrades in the ET-MP, not only is the fuze timing completely electronic, but the detonation train is also out-of-line,” said Matthew Hall, Grenades Tech Base Development Lead, in a release from the Army. “Detonation time can now be narrowed down into milliseconds, and until armed, the hand grenade will not be able to detonate.”