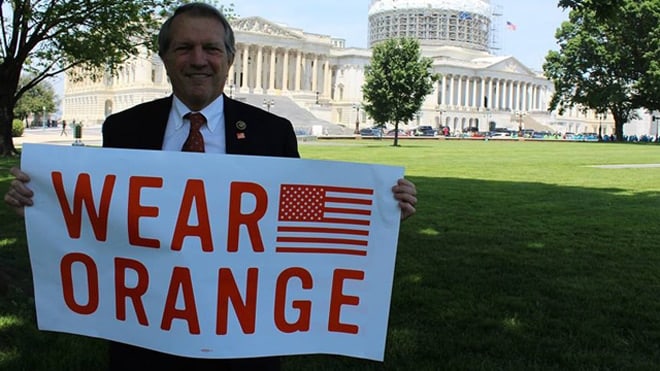 A California congressman introduced legislation this week to require licensed gun dealers to carry smart guns on their shelves as soon as the National Institute of Justice says it’s time.

The bill would require gun retailers to display at least one personalized firearm and make it available for buyers who are not prohibited by law from possessing a handgun. If licensees don’t, they would incur a $1,000 annual fine.

If passed, the law would take effect after the NIJ certifies at least two different models of smart guns and they’re in sufficient supply.

According to the guidelines, the LEO handgun must be semi-automatic, recoil-operated, magazine-fed, striker-fired and chambered in 9mm Luger or .40 S&W. Also, the smart tech will enable the firearm only for authorized individuals.

NIJ’s effort falls in line with the Obama Administration’s project to advance smart gun technology and encourage its use. Taking a top down approach, the idea being an LEO-certified smart gun would promote consumer confidence in the civilian market.

Attempts to propel smart guns into the consumer market have largely failed thanks in part to a New Jersey law that would require all guns sold in the Garden State to include the personalized feature. The law would take effect once a smart gun is sold anywhere in the country. Efforts to remove the time bomb-like feature have also largely failed as the compromise would put the state’s Republican Gov. Chris Christie in a political quagmire.

Mainstream gun groups, like the National Shooting Sports Foundation, the trade association for the gun industry, maintain that they oppose any mandates for the technology and say they would rather let the market speak for itself.

DeSaulnier’s office did not respond to request for comment in time for publication.