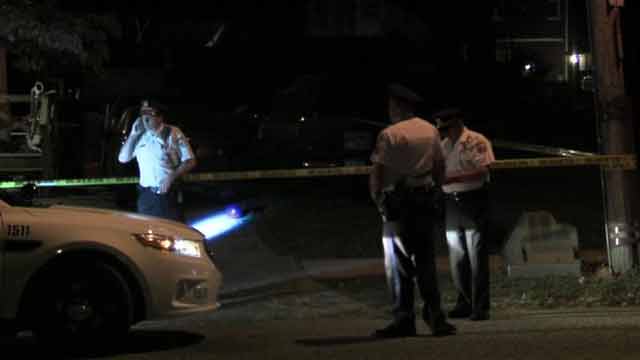 An attempted robbery of a family of three outside a Philadelphia church last week didn’t quite turn out as planned after the robber soon discovered the female victim was armed.

Pastor Robert Cook told reporters that he, his wife, and their 12-year-old son were returning home from a concert around 11 p.m. on Sept. 15 when they were accosted by a man with a rifle near the parking lot of Cook’s church.

The perpetrator demanded Cook’s wallet and a struggle immediately ensued, with Cook being repeatedly struck in the head with the butt of the suspect’s rifle. Cook said the suspect was swinging the gun like a baseball bat.

“This is the first time I actually thought I’d die,” Cook said. But then Cook’s wife, Stephanie, who was armed with a gun of her own, intervened.

Stephanie said the suspect initially backed off, away from her husband and son, but she still took the shot after he refused to drop his gun.

But once the suspect was injured, he fled the scene, dropping his weapon and bleeding along the way. Cook, however, was not about to let him get away, so he grabbed his wife’s gun from her and followed the suspect.

Then the incident took a rather unusual turn. As the suspect ran away, he yelled out to witnesses that Cook was the perpetrator and the man was shot while Cook was robbing him. Cook said people started coming after him at that point, but still, he said, he kept the gun trained on the suspect.

But when the suspect saw an opportunity to escape from Cook, he took it.

“The suspect was able to make an unusual escape by jumping on running boards of a moving vehicle that happened to be traveling east,” said Philadelphia Police Chief Inspector Scott Small.

However, authorities apprehended the suspect when he showed up at a local hospital a short time later seeking medical treatment for his gunshot wound.

Cook suffered minor injuries, while his wife and child were unharmed.

Authorities later recovered the weapon carried by the suspect and discovered it was a nail gun made to look like a firearm.