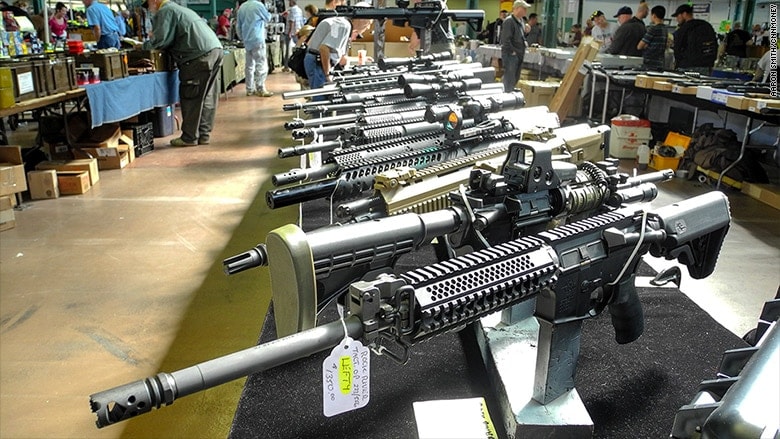 The search continues for a rifle stolen Sunday from a gun show in Philadelphia.

Police say a black Barrett AR-15 disappeared from a dealer’s display table between 10 a.m. and noon at the Pennsylvania National Guard Armory in northeastern Philadelphia.

“It’s a military-style weapon, and it’s very high-powered,” Northeast Detective Lt. Dennis Rosenbaum told local news station Fox 29. “These bullets can go through body armor, they can go through vehicles. And that’s our concern. We don’t want these guns to wind up in the wrong hands.”

State agents with the Pennsylvania Attorney General’s office locked down the building after Jones reported the theft, but found nothing.

“He noticed around noon, with a two-hour window, that one of the guns had disappeared off the table,” Rosenbaum said. “The thing that concerns us the most is an assault rifle, an AR-15.”

The department’s Office of Public Affairs said Thursday no suspect has been identified and the investigation remains ongoing.